The Hobbit: Battle of the Five Armies (12A)

The last installment of the Hobbit Trilogy, and the last film from the Middle Earth series, The Hobbit: Battle of the Five Armies is a truly epic cinematic showdown that eclipses any of the previous battles that have come before it.

Picking up where Desolation of Smaug finished off, we finally get to see the conclusion of the story that set The Lord of The Rings story in motion.

With huge battles and amazing CGI set off by touching personal scenes between characters, this piece of cinema history is not one to be missed!

Tinker Bell and the NeverBeast (U)

Fawn is a fairy always getting into trouble for leading with her heart, rather than her head.

She knows everything about the animals living in Pixie Hollow apart from this new creature she has just discovered. Big, hairy, with green eyes and fangs, it looks scary but Fawn wants to befriend it.

Unfortunately when the other Fairies hear about the creature they realise it is the NeverBeast, a monstrous animal that could destroy Pixie Hollow if they don’t capture it!

Trusting her judgment, Fawn must enlist the help of Tinker Bell and her friends to save it in this action-packed fairytale!

This slapstick comedy follows the adventures of mischievous, squirrel Surly and his dimwitted but loyal rat pal Buddy.

Having been banished from the park after the destroy the woodland creatures winter food stores, the pair attempt a heist of a nut store, which is also happens to be the safe house of a human gangster crew who are planning to rob a bank!

Their plans cross in unexpected ways, with a pug dog playing both sides and a Raccoon who will do anything to stay in charge the creatures! 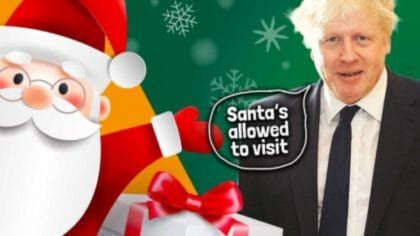