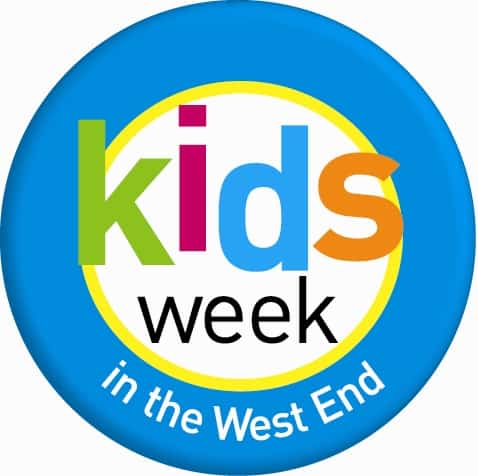 During the whole of August any child aged 16 or under can go free to any participating London theatre show when accompanied by a full-paying adult.

Featuring an all-female creative team, Waitress is the story of expert pie maker Jenna, stuck in a small town and a neglected marriage. Dreaming of bigger and better things, Jenna’s life begins to heat up when she meets a compassionate doctor and forms a plan to enter a life-changing baking contest in a nearby county.

The result may just offer a recipe to happiness in the form of a chance at a new life – but everything hinges on Jenna’s resolve to rebuild her life. Can she find courage when it matters most? Waitress is an American musical about friendship, motherhood – and the magic of a well-made pie.

The Play That Goes Wrong

The Play That Goes Wrong follows the antics of the Cornley Polytechnic Drama Society, who are trying their very best to stage a production of a 1920s murder mystery, similar in ilk to other West End shows. But as the show’s title might suggest, this is not as easy as it sounds, with everything that can go wrong… well, doing just that. Watch out for collapsing sets, forgotten lines, broken fourth walls, absent props and unfortunate injuries aplenty.

Despite the setbacks, the actors struggle bravely to reach the final curtain, in events packed with Keaton-esque slapstick, finely-tuned fast and a wealth of physical comedy. Rib-tickling guaranteed.

The Comedy About A Bank Robbery

In summer 1958, a priceless diamond has been entrusted to Minneapolis City Bank. An escaped convict is dead set on pocketing the gem with the help of his screwball sidekick, trickster girlfriend… and the maintenance man. It’s a motley crew for sure.

So sets into motion a series of mistaken identities, love triangles and hidden agendas, as it turns out even the most reputable can’t be trusted. And in a town where everyone’s a crook and even seagulls can’t be trusted, what could possibly go wrong? Delivering swag loads of laughter, Ocean’s Eleven meets the Marx Brothers in this dynamite new comedy.

Come From Away tells the incredible real-life tale of the 7,000 air passengers grounded in Canada after 9/11. On 11 September 2001 the world stopped in the wake of crisis. On 12 September, their stories moved us all.

Set in the small Newfoundland community of Gander, which invited these “come from aways” into their homes and lives, the musical shows how, despite initial nerves and tensions, uneasiness soon gave way to trust. And as music soared into the night, gratitude grew into friendship, and hope, humanity and unity prevailed.

With catchy new songs by Dan Gillespie Sells, lead singer-songwriter of The Feeling, and writer Tom MacRae, Everybody’s Talking About Jamie is the musical tale of Jamie New: sixteen, on the edge of possibility, not quite fitting in on a council estate in Sheffield… but with big aspirations.

But supported by his brilliant loving mum and surrounded by his friends, Jamie overcomes prejudice, beats the bullies, and steps out of the darkness into the spotlight to become a sensation.

We all want to meet people from history. The trouble is everyone is dead! So come and grab Horrible Histories: Barmy Britain – Part Four tickets!

Be reduced to rubble by the ruthless Romans! Would you be shaken or stirred by Richard the Third? Will Queen Elizabeth I endure her terrible teeth? Would you be hanged by King James I for being a witch? Mount a mutiny against King Henry VIII! See Mary Tudor knock the spots off Mary Queen of Scots! Peep into the world of Samuel Pepys and help Georgian detectives find the headless man! Take a trip into the night with the night soil men and discover how to survive the first ever train ride!

Playing: say it again by frances