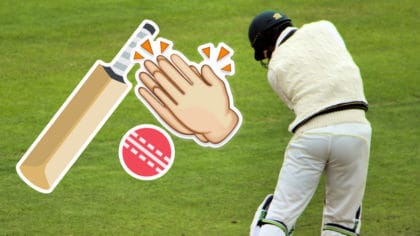 The 70th Ashes series between Australia and England is about to begin!

That’s a big cricket event, where the two countries battle it out on each other’s soil to win.

The first of five Test matches is taking place at Brisbane’s The Gabba.

Since it started, Australia has won the most amount of matches, so England has some serious catching-up to do!

It started at 4 a.m. in the UK and some fans were complaining about the lunch break, which meant they had to stay awake even longer!

For US cricket fans, the event takes place on prime-time telly.

Why is it called ‘The Ashes’?

The term ‘Ashes’ was first used after England lost to Australia on home soil at The Oval in 1882.

A day later, the Sporting Times, a newspaper  carried a mock obituary of English cricket which concluded that:

“The body will be cremated and the ashes taken to Australia”.

How do you play cricket?

The goal of cricket is to score points against the opposing team!

Each team in cricket is comprised of 11 players, and teams take it in turns to be fielders and batters.

The aim of the game is to score as many points as you can by running from one point to another before the play can be ended or you’re run out by the defenders!