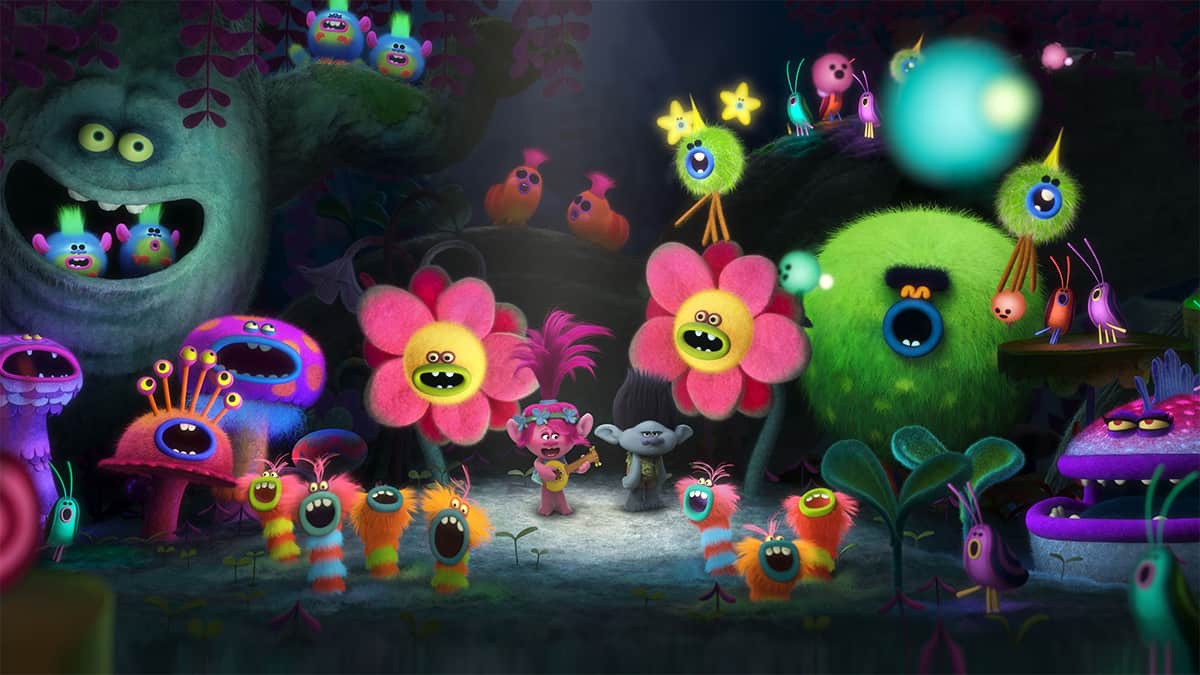 The creators of the amazing Shrek movies are back with Trolls!

Based on the classic toys (that you might have to ask your mum and dad about) Trolls has an amazing all-star line up!

In the latest trailer we meet Branch, voiced by Justin Timberlake, who lives in a ‘heavily fortified survival bunker’.

But what is Branch hiding from? Well that would be the insanely happy Poppy, the leader of the Trolls!

Poppy lives a pretty perfect life and she’s so happy because she’s never ever had to face a single problem!

The Trolls are attacked by a pretty gross looking thing called a Burgen who kidnaps everyone except Poppy and Branch.

This unlikely pair have to team up on an epic adventure to rescue their pals!

PLUS! You can hear the incredibly catchy ‘Can’t Stop This Feeling’ on Fun Kids!