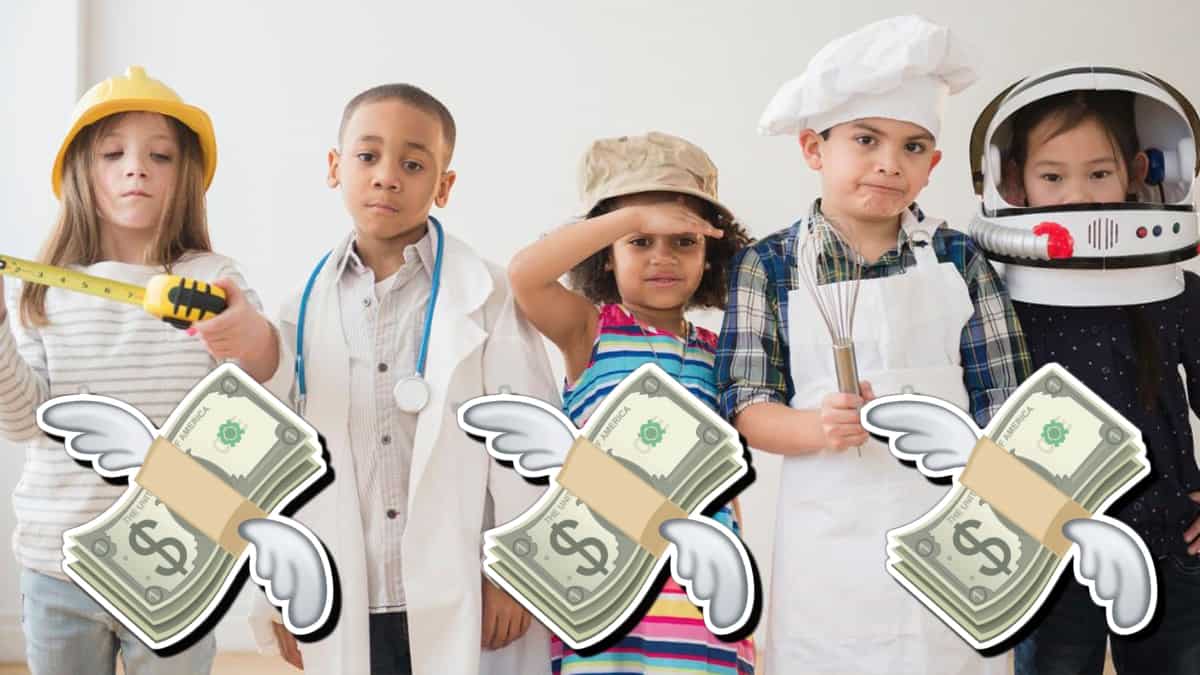 Kids have been predicting a bright future!

According to some new research conducted by Argos they will be finding their dream job by 21 and earning just under £250,000 a year!

Both parents and children picked traditional jobs like footballer, vet and teaching as part of their top five careers. Today’s kids are also aiming to be YouTuber and pop stars in future too!

Kids also ranked jobs in the tech industry – including video games, app development, and computers and coding – as their favourite job area (17 percent)!

In fact, technology played a big role in the research results…

Almost a fifth of parents (19 percent) thought holograms would replace CVs, that emails would be replaced by instant messaging (14 percent) and four percent could see robots completely replacing humans. Over half (54 percent) also see 9am to 5pm working as a thing of the past!

The Chad Valley Play Panel gives families across the country the chance to provide play advice and toy reviews.

Playing: down in the jungle by the crs players