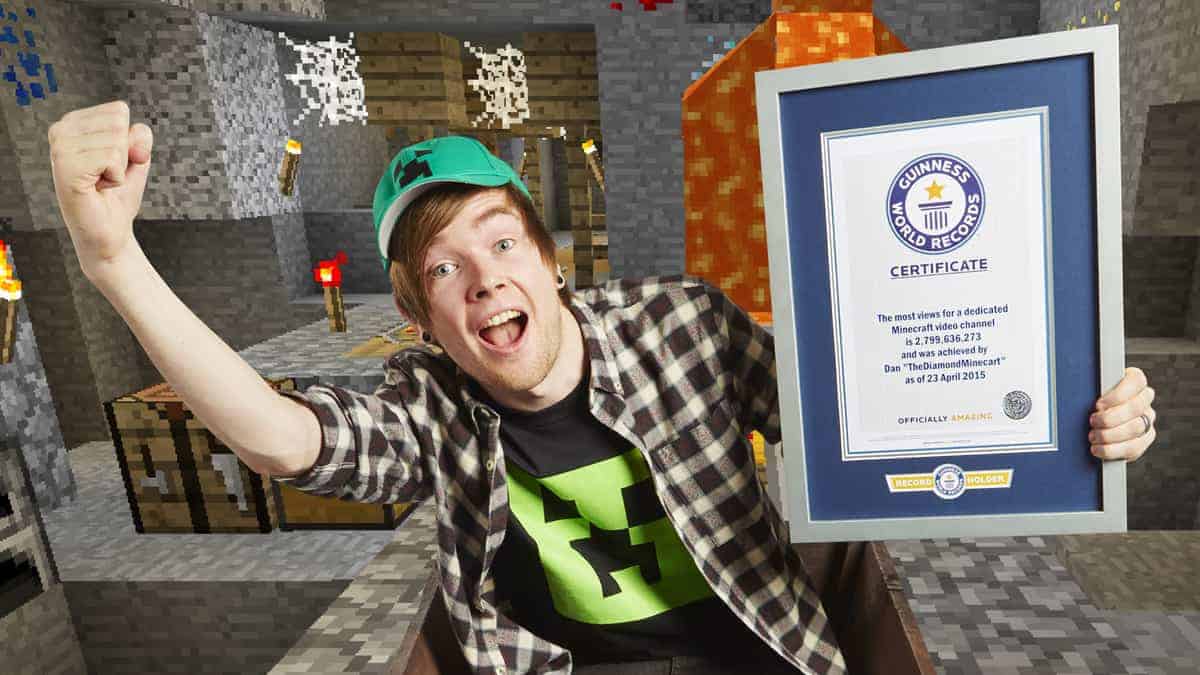 DanTDM’s got himself in the new Guinness World Records Gamer’s Edition with the title for ‘Most views for a dedicated Minecraft video channel’!

Dan thanks his brother for introducing him to Minecraft five years ago, which he’s played on every day since.

Dan’s current Minecraft channel was not his first though – he used to have one dedicated to Pokémon!

It’s not just Dan though who is the star of the channel – his two pugs make an appearance too!

Dan recently sold out a 17-date UK Dan TDM Tour and has also released his own clothing line.

“Being a Guinness World Records title holder means the world! It’s crazy to think that you’re number 1 officially in the world at something,” Dan said.

“I remember getting the Guinness World Records book every year for Christmas. It helped you learn about the world and it feels amazing to be in one!”

Dan’s been chatting about his record in an exclusive video for Guinness World Records ‘Meet the Record Breakers’ series on YouTube.

The Guinness World Records Gamer’s Edition 2017 is out now!

You can also see DanTDM feature on Sean from Fun Kids’ YouTube channel – in some epic WWE videos!