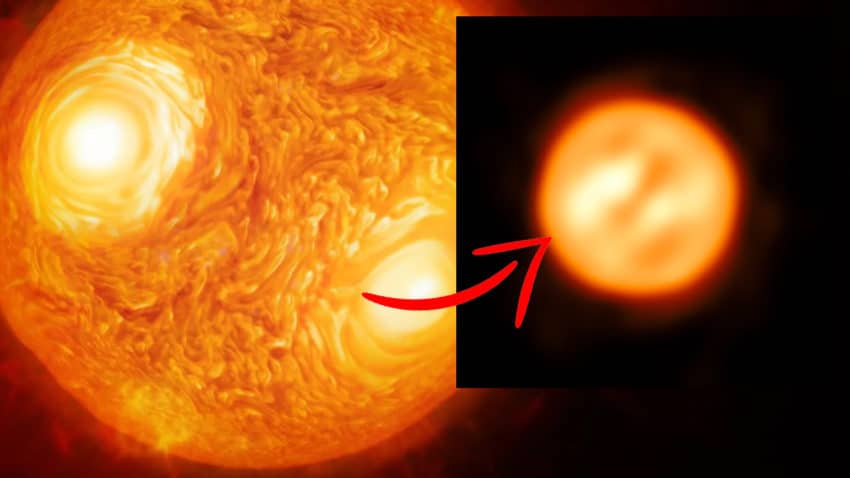 This is the most detailed image of any star in the whole universe, other than our Sun!

Astronomers captured an image of Antares, which is hundreds of light years away from Earth.

They the European Southern Observatory’s Very Large Telescope Interferometer (VLTI) to capture it, which is, as the name suggests, a very large telescope!

Believe it or not, that’s what astronomers call a ‘close neighbour’!

This star is 883 times as large as the Sun meaning that if it were the same size as the image below, our Sun would be the size of a single full-stop!

Antares is one of the largest and brightest stars known in our galaxy.

It is also nearing the end of its life; astronomers estimate that it will explode as a supernova in just a few thousand years!

This is really good news because the detail on a distant star’s surface has been revealed for the first time.

That means it might fill in the gaps of our knowledge as to how massive stars die.

The VLTI is the only facility that can directly measure [gas in the] atmosphere of Antares. The next challenge is to identify what’s driving the turbulent motions.

Not bad for something that just looks like an orange blob, but if you want something a bit more HD, check out the artist impression below!

Playing: together by for king & country