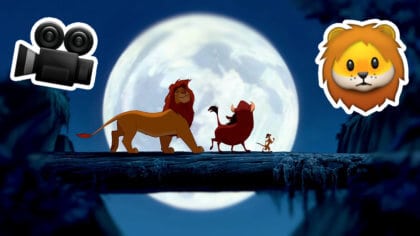 There was The Jungle Book earlier this year and Beauty and the Beast starring Emma Watson is just around the corner.

Not to mention Cinderella and Maleficient on recent years too.

Well, they aren’t stopping there!

That’s right, Simba, Timone, Pumba, Scar and co will be brought to life by Jon Favreau and his team that worked their magic on the Jungle Book.

If you’re a HUGE fan of the original movie, and let’s face it, who isn’t? Then fear not as all of the songs you know and love will still feature!

“Look, Simba. Everything the light touches is our kingdom.” ☀️ pic.twitter.com/uQkvlNrHmr

Only time will tell!

There’s no word on when the film will be coming out, but we’ll be the first people to know here at Fun Kids so make sure you keep checking back!

In the meantime, here’s one of our favourite songs from the 1995 animated version of The Lion King…