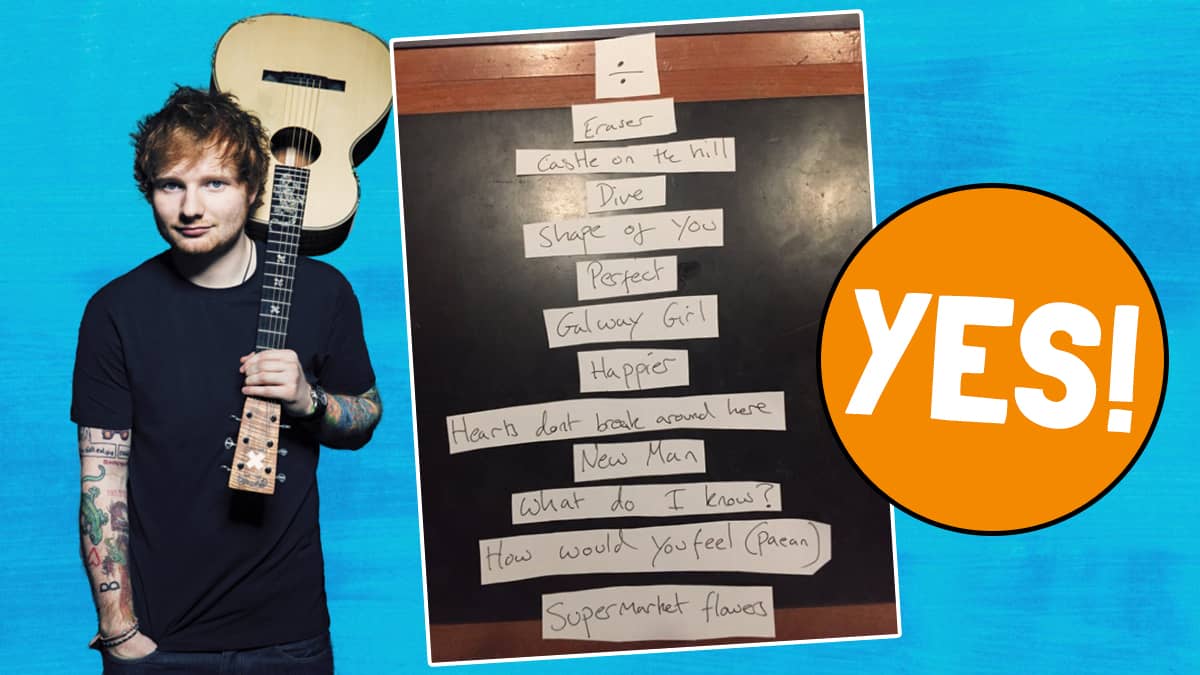 Ed Sheeran has revealed the songs that will be on his new album!

The star posted a pic on Twitter with 12 song titles on it, including the new singles Castle on the Hill and Shape of You.

Here’s those songs in full…

We had to Google what ‘paean’ means… and it turns out it’s a “song of praise or triumph”!

Also, we’re pretty excited for ‘Supermarket flowers’, which is probably a massive love song about the flower range down Tesco’s.

Now we’ve just got to wait for it to be released!

Ed’s said in interviews recently that “it won’t be this month or next month”… so maybe March?

Either way, we just know it’s going to be incrEDible!

Playing: no matter what by calum scott