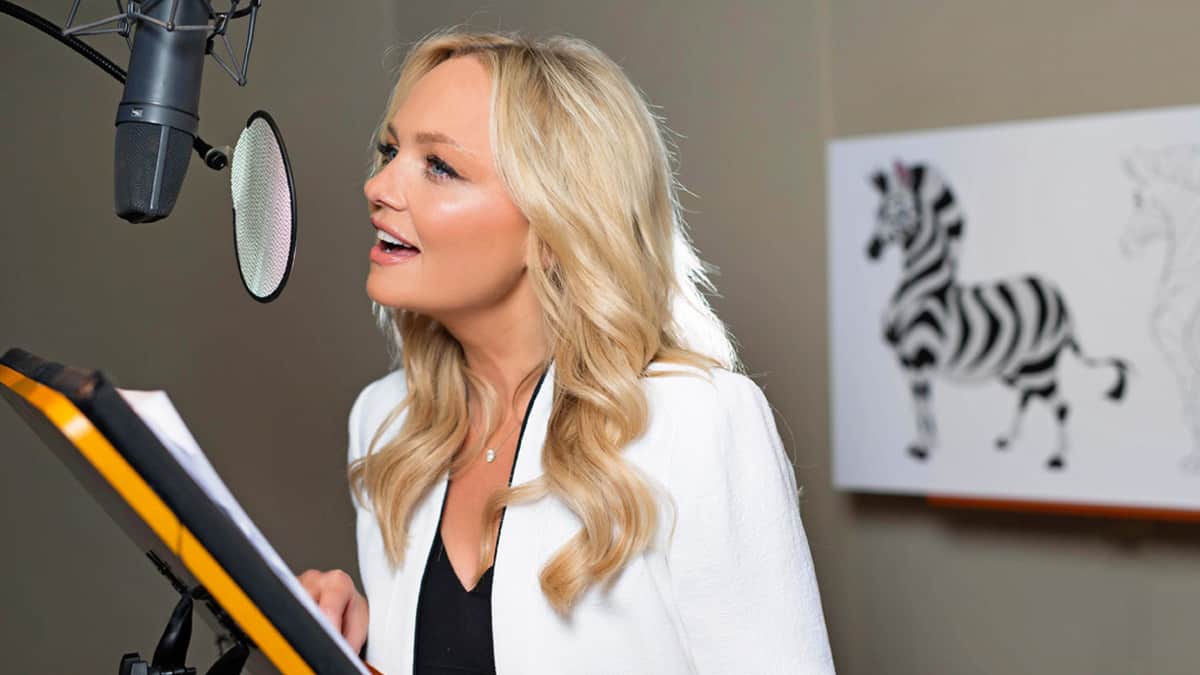 She’s the voice of a new character in The Lion Guard TV series on the channel!

The Lion Guard  set after the original The Lion King movie and follows the adventures of Simba’s son and friends around the Pride Lands!

Emma will be one of the stars of the Savannah – an adult female zebra called Muhimu!

After a difficult start, Muhimu begins to bond with the animals during the trip and helps the Lion Guard in protecting the Pride Lands.

Muhimu also unexpectedly gives birth near the end of the migration and is a proud, loving mother!

Emma has been in loads of TV shows and films in the past, including the famous Spiceworld – The Movie, but it’s her first role in an animated series!

The main character in The Lion Guard is Kion – the second-born cub of Simba and Nala!

Kion and his group of friends unite to protect the Pride Lands. There’s Bunga, a fearless honey badger; Fuli, a confident cheetah; Beshte, a happy-go-lucky hippo; and Ono, a clever egret!

Together, Kion and his friends make up the Pride Lands’ fiercest, bravest, fastest, strongest and keenest animal adventurers!

You can catch Emma Bunton in The Lion Guard on Monday 3rd October at 5pm on Disney Junior!