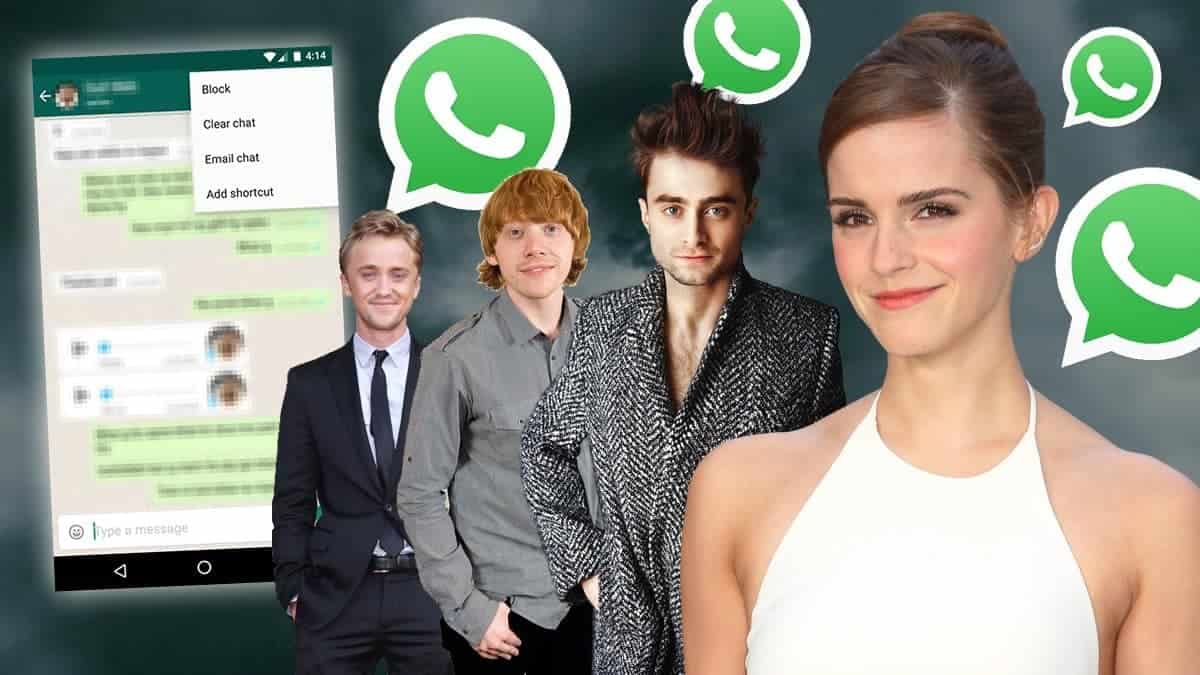 They’ve got their own group chat on WhatsApp where they can message each other from all around the world!

Emma told Entertainment Today that the app made it super easy for her to invite Dan, Rupert and the rest of the cast to see her new film Beauty and the Beast!

“We actually have a group WhatsApp which invited everyone really from the main cast from Harry Potter to come to the screening,” Emma said.

“It’s a case of trying to, like, get people into the right places but yeah, everyone has been very supportive and I’m very supported by my old co-stars.”

Click here to watch Emma Watson in the Beauty and the Beast trailer!

One of the co-stars that turned up for the world premiere in Los Angeles was Matthew Lewis, who played Neville Longbottom!

Matthew confirmed the news in an interview with People Magazine.

“We had like a WhatsApp group and she invited a whole bunch of us all over the place, so I said ‘yeah, I’ll come over,’” Matthew said.

We love the idea that the Harry Potter stars message each other about what they’re up to, share funny cat videos, post memes and loads of other stuff – just like normal people!

Now the secret is out… maybe one of the group can show us the conversation? We want to see!