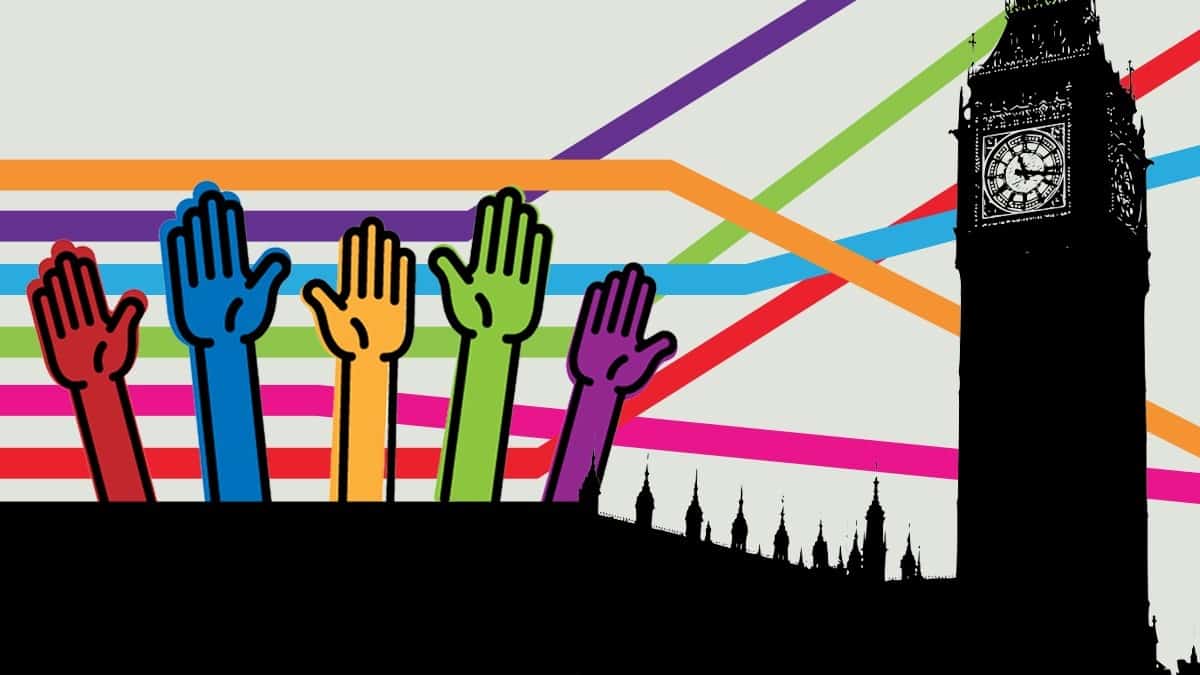 It’s a General Election in the UK this week! That means adults are allowed to vote for who they think should be in charge of the country.

We thought we’d try and help out, so we put together this cool election guide.

It tells you all about elections, Members of Parliament, voting, the law, and the House of Commons!

Why are we having an election?

In a democracy, ordinary people get to decide who is in charge of the country.

There are lots of different types of democracy!

The type we have in the UK has a very big name… It’s called electoral representative democracy. That means we hold elections for people to represent us!

Elections in the UK are normally held every five years but the Prime Minister can ask for one whenever they like.

So whilst our next election should have been in 2020, the current Prime Minister, Theresa May, decided we needed one early.

We’ve all been calling a ‘snap election’ because it happened so quickly but there is no special name for it. It’s just like every other election!

The UK is divided up into 650 little chunks called constituencies. Each constituency has an MP – that’s a Member of Parliament.

To be elected as Member of Parliament, you have to stand as a candidate in a constituency.

Most candidates try to be MP in the constituency where they live and work, but you can try to become an MP anywhere!

Candidates are usually selected by parties. Not the fun kind with cake and balloons, though!

There are two ‘main’ parties. They’re called the Conservatives, who are blue, and Labour, who are red.

There are lots and lots of other parties too, including the Liberal Democrats, the Green Party, the UK Independence Party, the Scottish National Party, and Plaid Cymru.

Parties have very different ideas on the way the country should be run and people vote for the ideas they like best!

If you’re 18 or older on election day, you get to vote.

You must be registered to vote. Registering before voting is very important because if you’re not registered, you won’t be allowed to vote.

Over 16? Register to vote here!

Most people go to a polling station to vote – usually a church or a town hall close to where they live – but some can vote via post!

There are always lots of polling stations, so everyone can get to one easily.

When voters arrive at the polling station, they are given a sheet of paper called a ‘ballot’ and told to put an ‘X’ next to the person or party they like the most.

They vote in secret so nobody else knows who they’ve voted for. Then, they put their ballot paper in a big box with everyone else’s.

When it closes, the boxes from all of the polling stations are sent to one central place in the constituency.

The big boxes are then opened and all of the votes are counted. We use ‘First Past The Post’ to count votes which means the candidate with the most amount of votes wins, and becomes an MP!

Counting lots and lots of votes can get boring but it’s really important. There are usually news people with big cameras waiting for the result!

When a candidate wins, they get a seat in the House of Commons. That’s a big building where all the important decisions are made.

On election day, the aim is to get as many of the 650 seats as possible. A political party needs 326 seats or more to ‘win’ overall.

And this is where things can get a bit confusing…

If a party gets those seats, the Queen invites them to form a Government!

If no party wins 326 seats, a new election might be called or a coalition might be formed – that’s where two or more parties become friends and try to help each other out.

Sometimes though, you don’t need 326 seats! A party can become a ‘minority’ Government by having less than half the seats in the House of Commons – but that’s risky because they might not get to do all the things they like!

The party in second-place forms something called the ‘opposition’ and gets to hold the government to account.

And that’s how General Elections work in the UK!

There are loads of other types of election though… Some places elect mayors, and we all elect councillors and members of the EU Parliament.

And they all run on their own systems and have their own rules! We told you it could get confusing!

Learn all about Parliament!

Inside Parliament: House of Lords

Monty the Gargoyle: Colouring In

Inside Parliament: Traditions and Trivia

Play the Free Game: Get The Houses In Order!