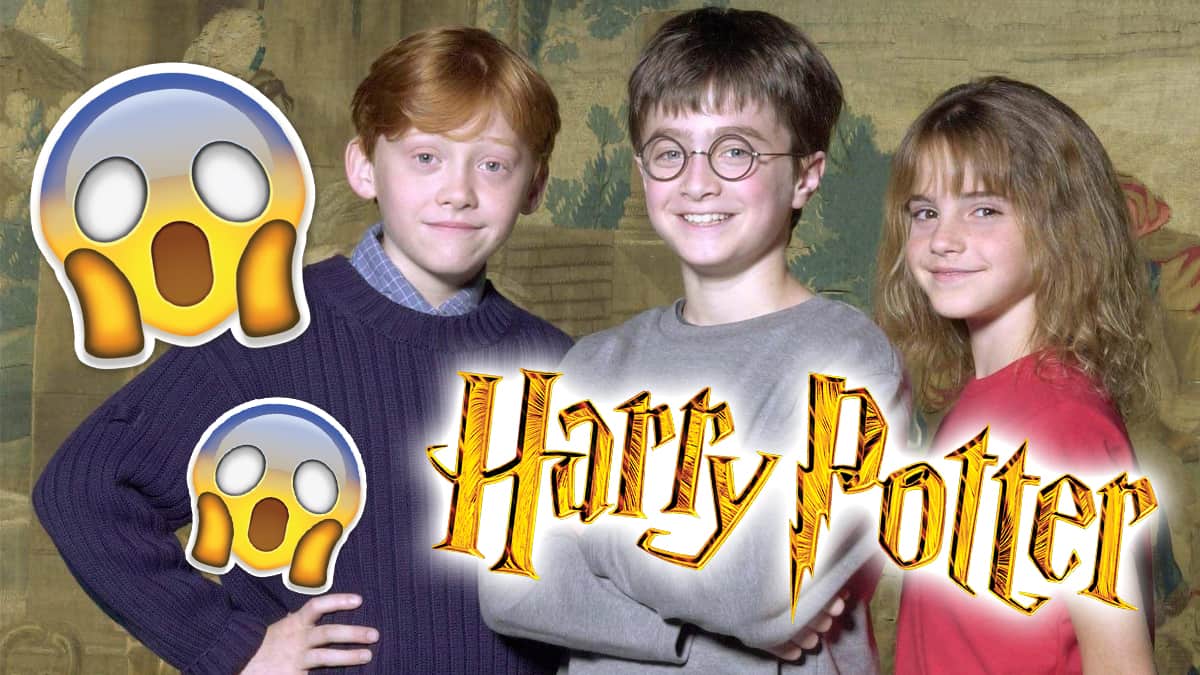 So have you ever wondered what the stars are up to nowadays?

Wouldn’t it be helpful if someone sent out a team of super sleuth sloths to find out what’s going on?

Well, we have! OK, we lied, we just went on to Google… but it took time, alright!

Most of the actors and actresses were still in school when they shot the movies – and they’ve grown up quite a bit since!

In fact, some of them look completely different to how they did at Hogwarts!

So here it is… our guide to the Harry Potter stars – then and now!

Lee Jordan was Gryffindor’s Quidditch commentator, keeping the stands up to date with what was going on during the big matches at Hogwarts.

He was played by an actor called Luke Youngblood, who also appeared in Tracy Beaker as Ben!

Since then Luke has been seen on Glee and now is one of the main characters in a show on Netflix!

Neville was played by Matthew Lewis – who’s probably changed more than anyone else in the cast!

He actually nearly didn’t get the part – Matthew had to queue for four and a a half hours to audition and was number 743 in line!

His Mum was so sick of waiting that she promised him a McDonald’s if he left but Matthew was such a huge fan of the books he wouldn’t leave until he’d had his chance!

Since filming finished, Matthew’s starred in a load of TV shows.

Ginny Weasley was Ron’s little sister – the youngest of the seven Weasley siblings – and Harry’s love interest later on in the series!

The character was played by Bonnie Wright who has since gone to university and also appeared on a Comic Relief edition of The Great British Bake Off, where she was awarded Star Baker!

Bonnie’s doing more stuff behind the camera now, working as a director and writer!

These two Weasley twins ran the joke shop Weasley’s Wizard Wheezes at Hogsmeade and were also members of the Order of the Phoenix!

The pranksters were played by real-life twins James and Oliver Phelps.

The biggest change for the two is that they’ve no longer got their characteristic ginger hair!

James and Oliver love playing golf and going to music festivals and split their time between the UK and living in America.

You might remember Seamus Finnigan as the one who kept accidentally blowing stuff up!

Seamus was a Gryffindor student who signed up to Dumbledore’s Army to help Harry!

The actor Devon Murray hasn’t been doing much screen work since the Harry Potter and the Half-Blood Prince: Part 2…

But he has been to visit The Wizarding World of Harry Potter theme park in Florida, where he picked up a pint of yummy butter beer at the Leaky Cauldron pub!

Draco Malfoy was Harry’s nemesis for most of the book series!

He was played by actor Tom Felton who won an MTV Movie Award for Best Villain two years on the trot in 2010 and 2011 for his part!

Tom first started acting in adverts for companies like Barclaycard and appeared in The Borrowers movie too.

Post-Harry Potter, he’s had a number of other film roles and has been recording his own music as well! A very talented Tom!