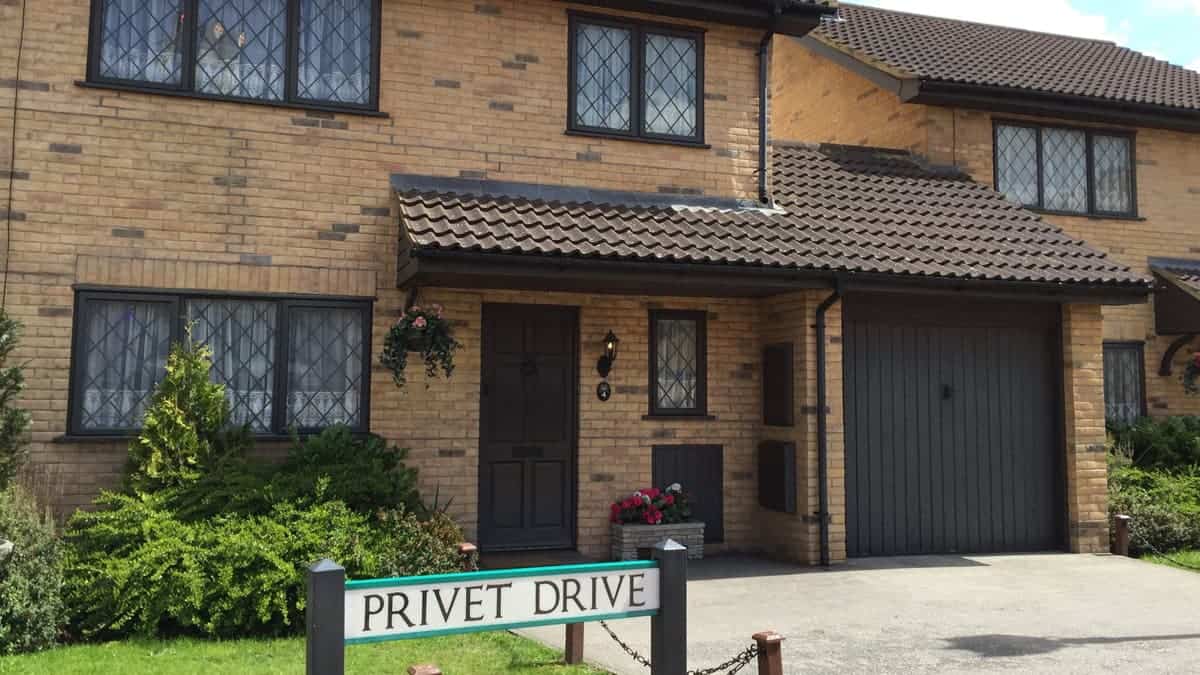 The real-life house used as The Dursley’s home in the Harry Potter movies has been put up for sale!

That’s proper bedrooms – not including the cupboard under the stairs!

Warner Brothers, the company which made the Harry Potter films, approached the original owners in 2000 about whether they could use the building on screen.

They transformed the house into the home of Uncle Vernon, Aunt Petunia and Dudley over two weeks.

The actual decor is a lot more modern than The Dursleys would like!

The house was only used for the first movie – Harry Potter and the Philosopher’s Stone.

After that, a set was built, which you can now see at The Making of Harry Potter attraction at Warner Bros. Studio Tour in London.

Click here to get your tickets to the tour!