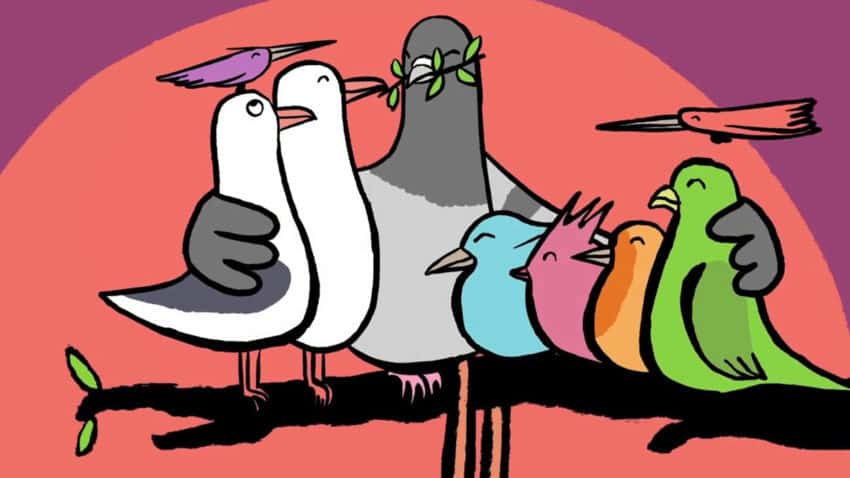 It’s a day when people and countries all around the world come together and think about what can be done to make our planet a more peaceful place for everyone to live.

There’s a famous song about world peace that you might know – Imagine by John Lennon.

John Lennon was a member of The Beatles. He left the band in 1969 (like when Zayn left One Direction) and released the song Imagine on his own two years later.

Today, the song’s words and its message are just as important because they remind us to imagine peace at a time when our world doesn’t seem very peaceful.

A book called Imagine has been released to mark International Day of Peace, featuring the lyrics of the song alongside a new story.

Join one little pigeon as she sets out on a global journey to spread a message of peace and friendship among birds from around the world, of all shapes and sizes.

The book was created in collaboration with Amnesty International and a royalty from every copy sold will go to the charity.

You can also go to the Imagine website and share your messages of peace and hopes for the future.

Playing: shake it out - acoustic by florence + the machine