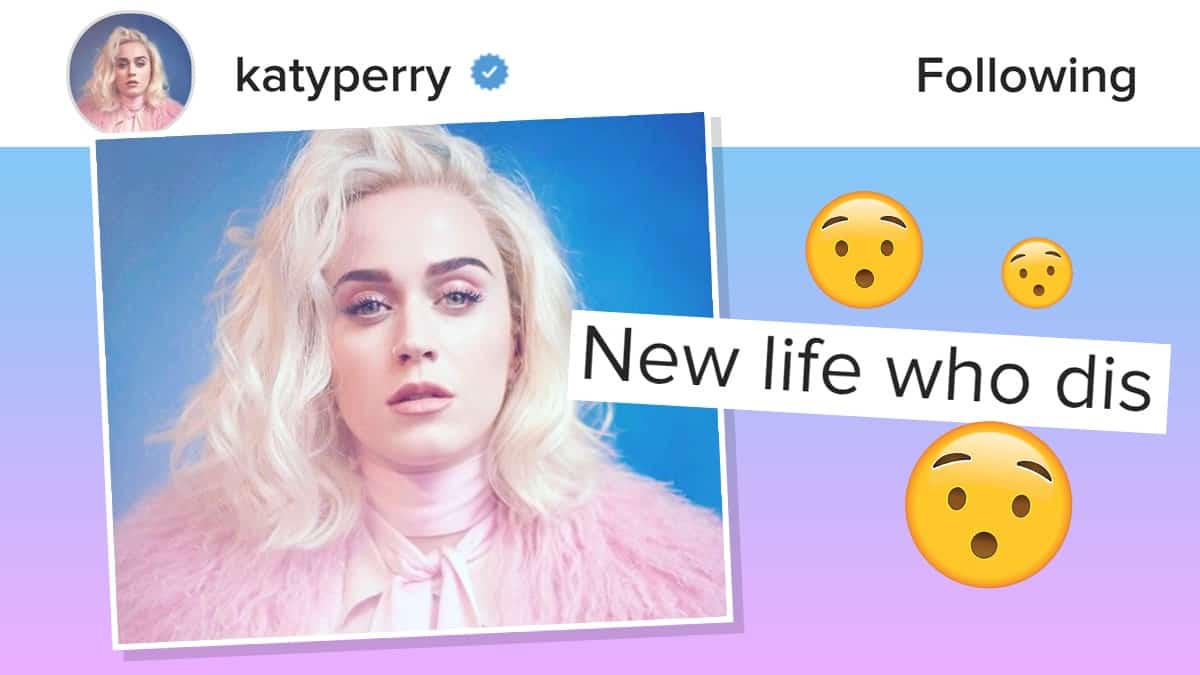 But February just got good ’cause Katy Perry is coming back!

In the new pic, Katy is sporting a pretty fancy blonde hair do!

…and she’s captioned them all:

Plus, she’s announced that she’ll be performing at the 2017 Grammy Awards (basically the American equivalent of the BRIT Awards) this weekend!

Rumour has it that she’ll be singing a brand-new song called Chained to the Rhythm!

Beyonce, Adele, Bruno Mars and The Weeknd will also be performing on the night.

Katy’s been away for quite a while – her last album Prism was released back in 2013.

We can’t wait to hear what her new stuff sounds like!