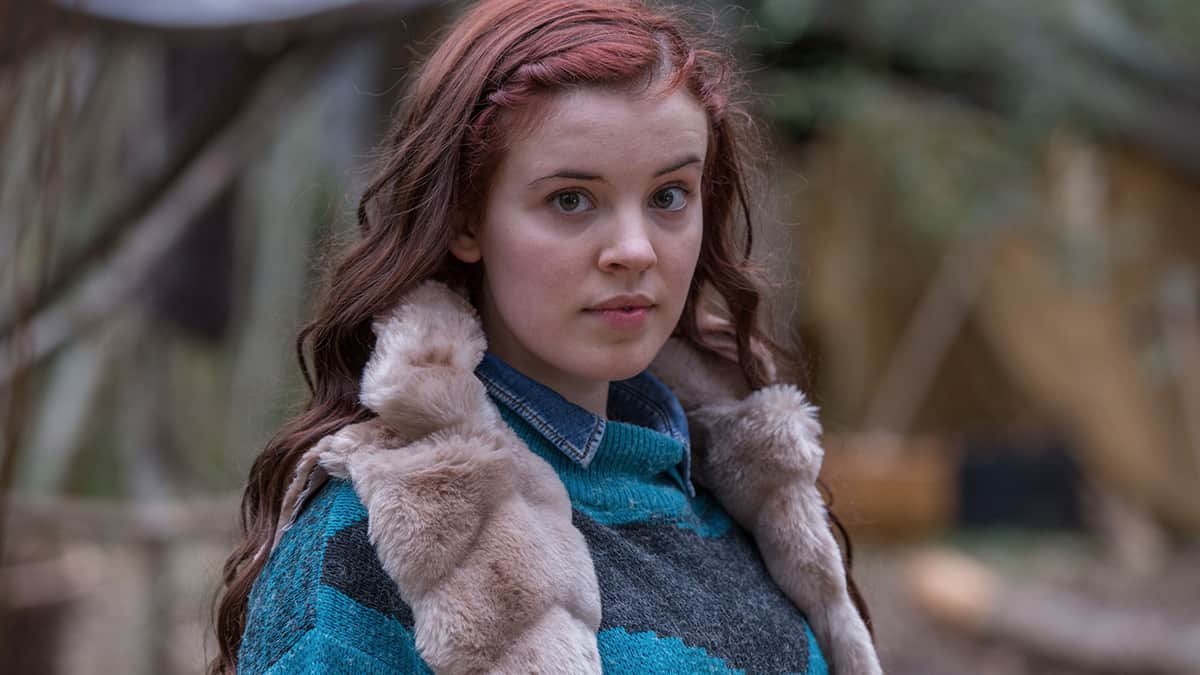 It was all my teacher’s idea!

“I was doing an English exam, and I had to do a drama piece as part of the assessment. Afterwards, my teacher told me I had the highest marks in the class and said I should be doing drama GCSE.”

And my grandfather helped too!

“My grandfather found an article in the local newspaper about winning a scholarship for the Mark Jermin stage school. He said, ‘You should go along for this.’ I auditioned for a laugh. I didn’t think I would get it – but I did!”

I was so nervous at the stage school audition

“I had to sing two songs and learn a dance routine. And I had to act with a boy and pretend we were listening to our parents arguing. I suffer with really bad nerves, so I was very nervous all day. But then that evening I got a phone call to say I’d got the scholarship!”

“I had to go to Swansea for my Wolfblood audition and we’d had horrific snow. All the train lines were shut and the roads had been closed. I didn’t think I was going to make it, but the one train I had planned on taking was available!”

“A week later, I got a recall and had to go to the casting director’s offices in London. I took my mum with me. It was so exciting being in London!”

I met Bobby Lockwood (Rhydian) at my screen test

“Another week went by and they invited me back. This time I met Bobby Lockwood and did a screen test with him. It took place in this really smelly underground bookshop!”

My advice for any aspiring actress is…

“Don’t let failure put you off. My first audition was for a Steven Spielberg film called Super 8. It was a big blockbuster alien movie but I didn’t get it!”

The cover stars in this issue are Zoella and Taylor Swift!

This issue is full of loads of great fashion tips AND the chance to win tickets to see Man City!