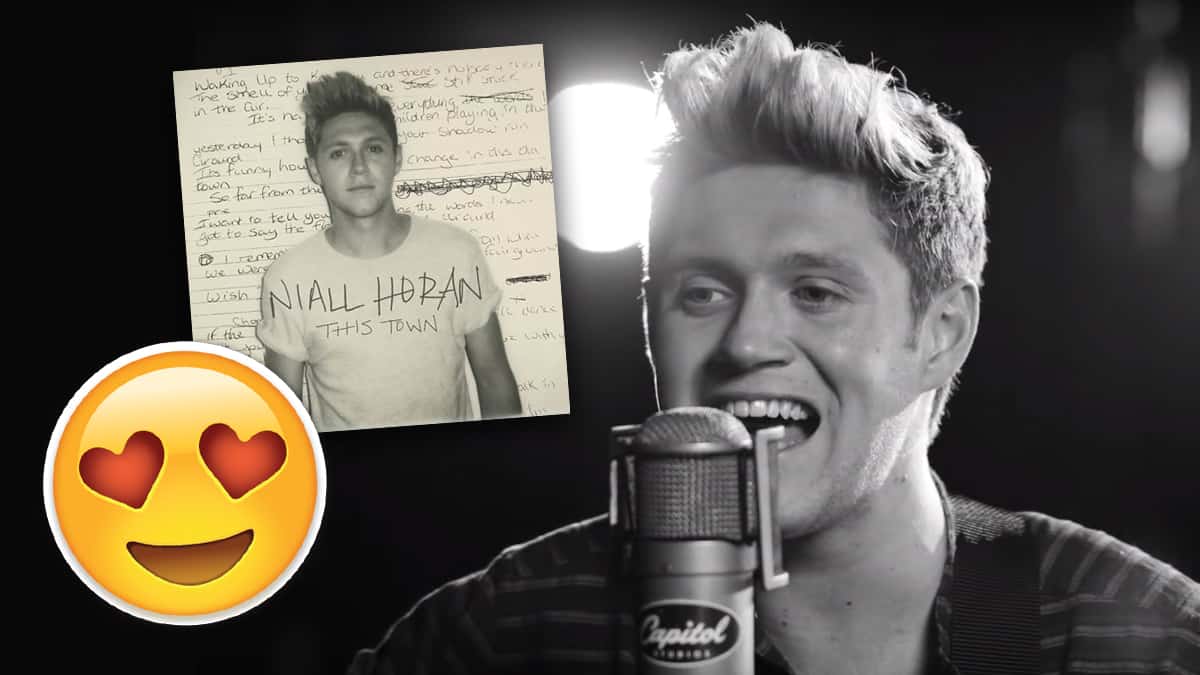 Well, what a lovely surprise we got this afternoon!

The debut solo single from One Direction’s Niall Horan was dropped off at Fun Kids Towers today (29th September)!

It’s called This Town and it’s just Niall, a guitar and some lush singing!

There’s been lots of rumours that Harry, Louis, Liam and Niall have each been working on solo stuff with 1D being on a break – but we didn’t expect it so soon!

Niall shared the song and a video recorded at Capitol Studios in Hollywood on his Twitter profile.

Been workin in the studio, wanted to share this song I just wrote with u guys. thank you for always being there https://t.co/LVIUAXi5PW

Niall has signed to Capitol Records too – that means they’re the people who’ll be doing all the boring admin stuff to get his music over to us!

“I’m excited to announce I have signed a record deal with Capitol Records USA and released my first solo song,” said Niall.

“Thank you to all the One Direction fans for your love and support as always. I’m looking forward to the next part of this journey together.”

Niall’s also launched his own website so we think that more music might be on the way!

This Town is out now – tune in to Fun Kids to hear it on the radio!