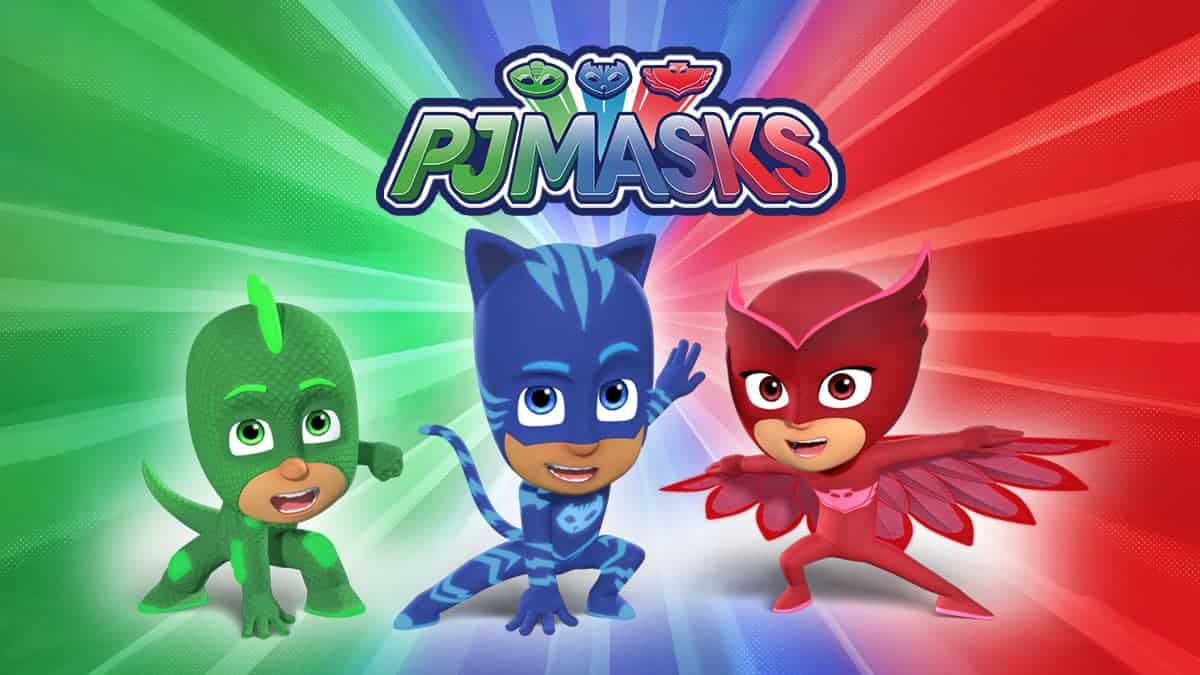 PJ Masks follows three young friends who transform into their dynamic super hero alter egos, Catboy, Owlette and Gekko, when they put their pyjamas on at night and activate their animal amulets.

Together they embark on action packed adventures, solving mysteries along the way!

Introducing Catboy – super fast and agile, Gekko – super strong and can scale walls and Owlette – with the ability to fly and see great distances.

Together these three can tackle any situation – PJ Masks they’re on their way into the night to save the day!

Here comes Catboy! Keep an eye out though… if you blink, you’ll miss him!

By day he’s an ordinary boy named Connor, but by night he activates his animal amulet and becomes the amazing CATBOY!

Incredibly fast, agile and with super cat ears to hear the quietest sounds across unbelievable distances!

Catboy loves to take control, sometimes it a little too much. However, he never lets it get in the way of doing the right thing realising teamwork is always the best option.

His vehicle, the Cat-car, gets the heroes from A to B in lightning speed and even shoots furballs should there be anything in the way!

During the day you’d probably find Greg with pet lizard Lionel, but by night he goes by the name Gekko, the youngest member of the PJ Masks superhero trio but by far the strongest!

His Super Gekko Muscles are always helping to prevent those night time villains from taking over the world!

You might not notice him coming as he’s the absolute master of camouflage, but if you spot him he might be climbing a wall or hanging from the ceiling using his Super Lizard Grip!

Not to forget his Gekko -Mobile which is always full of surprises with its ability to swim, scale walls, fling its tail and cannon water!

By day you’ll normally find Amaya in the park or playground showing off her amazing sporty skills, but when the night time comes she transforms into the one and only Owlette.

With her ability to fly and see far & wide, Owlette has a unique ability to spot villains and their scheming plans from great distances giving the whole team the added advantage in any situation.

Her Super Owl Eyes and Wing Wind means she is more than capable to get herself and the team out of any sticky situation.

The amazing Owl Glider can take the whole team beyond the city street and with its claws, and even carry things along with it!

Now you’ve met the heroes, it’s TIME TO BE A HERO!

The PJ Masks are here to help you become a hero this Summer!