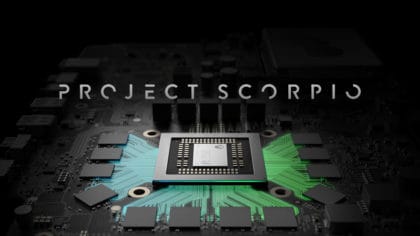 The people who make the Xbox are at E3 this week. That’s a big gaming convention in America.

They’ve announced something called Project Scorpio, a codename for a new gaming system they’re working on.

It’s a new gaming console called the Xbox One X and they think it’s the world’s most power games console ever, complementing it with the best gaming 144hz monitor there’s no doubt they are the perfect match

The console will feature six ‘teraflops‘ of processing power. One teraflop can make one trillion calculations every second, so that one-thousand billion…

It’s also 4.6 times more powerful than the current Xbox One.

The console will be able to play games in super high-quality 4K and will work with Xbox One games and accessories.

To keep the console from getting too hot, it features special liquid that circulates around the electronics and keeps it cool!

Aaron Greenburg, who is in charge of marketing Xbox games, has said it will ‘change the way we think about the future’ of gaming.

It will even feature the ability to connect Virtual Reality headsets to the console like the Oculus Rift or HTC Vive but won’t come with one.

So if you want to play with one of those, it might cost you an extra £400!