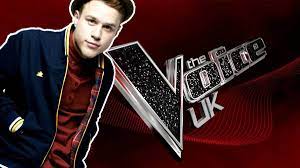 Popstar Olly Murs is joining will.i.am, Sir Tom Jones, and Jennifer Hudson as a coach on The Voice!

Olly became famous for being on the X Factor in 2009 and returned as a co-host with Caroline Flack in 2015.

Rumours are already flying about the switch. Apparently Simon isn’t happy Olly’s swapped programmes, especially as he left the X Factor to concentrate on his music.

When asked how he felt said Olly said he’s “absolutely buzzing” about being on the voice.

Head of Entertainment at ITV said:

Olly Murs is a pop star at the top of his game who I know will bring his incredible energy, charm and personality. The panel really has got it in bucket loads and I can’t wait to see what happens next.

The new series will be on TV early next year!

Playing: all day by cody simpson