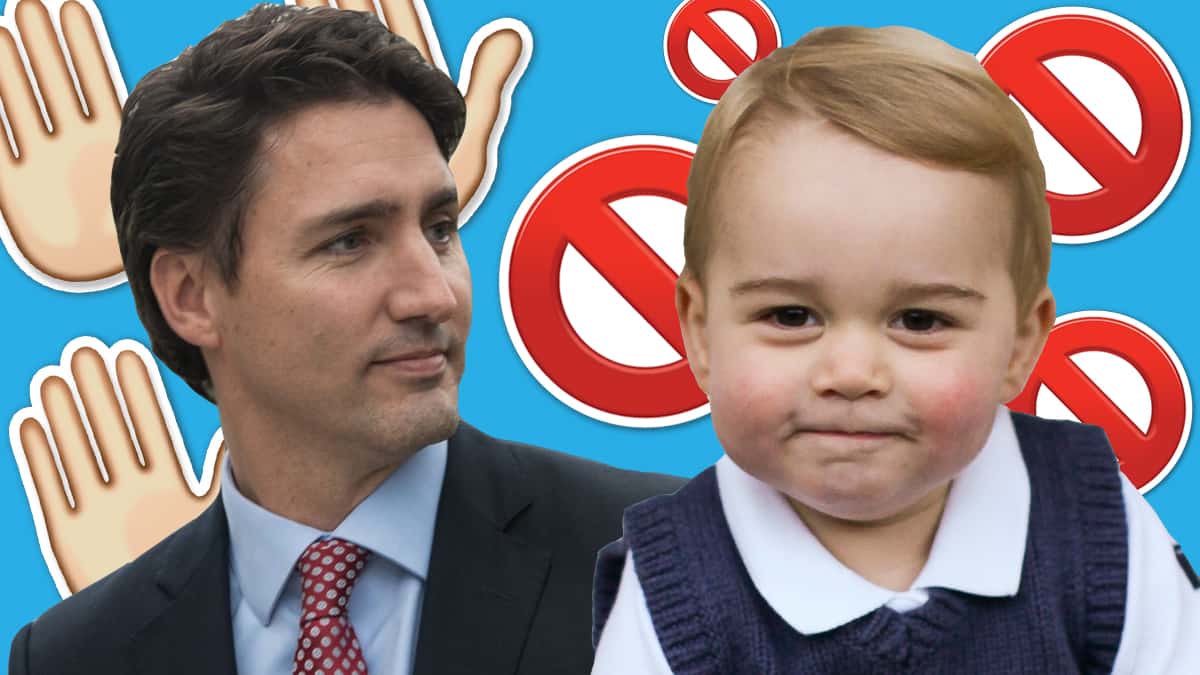 The Duke and Duchess of Cambridge are on an official tour of Canada this month – and they’ve brought the whole family along!

Princess Charlotte and Prince George have joined mum and dad on their visit, which means that they have to meet all the VIPs too.

As the Royal Family’s plane touched down, Canadian Prime Minister Justin Trudeau was waiting on the runway to say hello.

After shaking hands with the Duke and Duchess, Justin went over to greet the little Prince…

But George must’ve been a bit tired after the long journey as he rejected Justin’s high five!

Watch what happens by pressing play on the video below!

First, Justin bent down to give George a low five and the Prince just shook his head!

Then, Justin tried a high five and a handshake and Prince George ignored those too!

It must’ve been a strange thing to happen to the prime minister, who’s an important person used to people trying to shake hands with him wherever he goes!

Thing is… Prince George is a pretty big name too and can say no to a prime minister if he wants!

Earlier this year, when Barack Obama visited the UK, Prince George came downstairs to meet the US President – in his pyjamas!

Obama and Trudeau both have a reputation for being pretty cool politicians – but they’re no match for our own cool Prince George!

Playing: mahna mahna from the muppets by jim henson