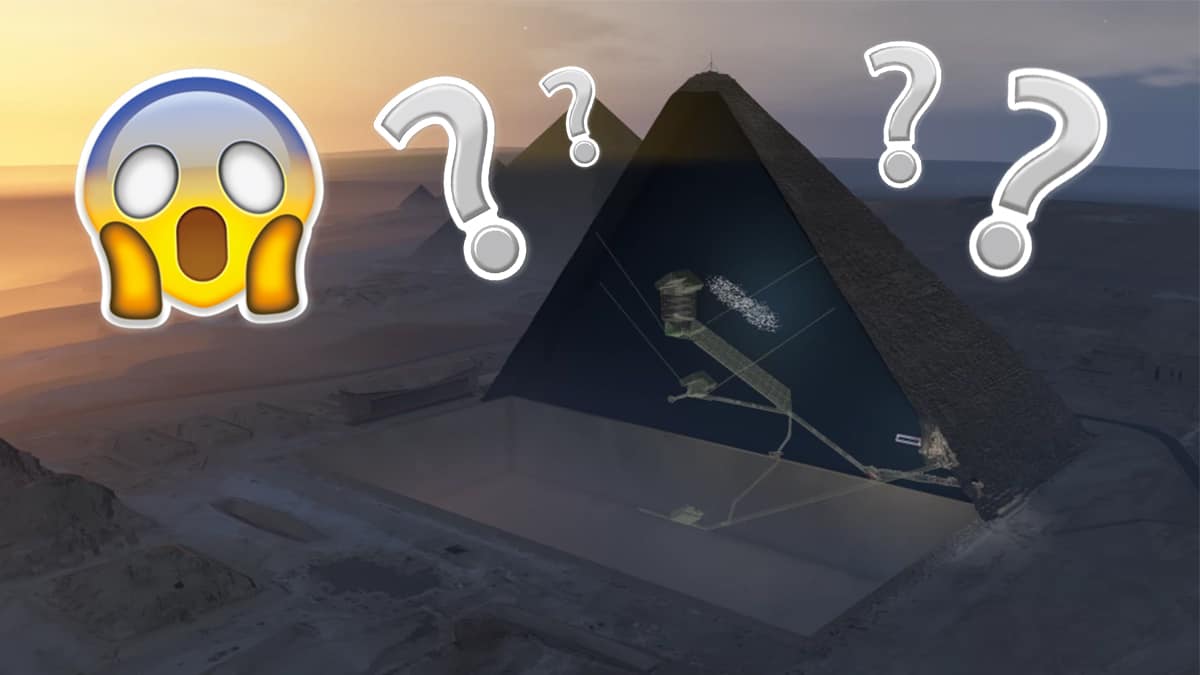 Scientists using cosmic rays have found a previously undiscovered void the size of a plane in Egypt’s most famous pyramid.

It is not known why there is a big gap in the middle of the pyramid or if it holds anything special or valuable.

That’s because it’s not accessible as it’s right in the middle of the structure.

Japanese and French scientists made the announcement after two years of study at the famous pyramid complex.

The gap is above the King’s Chamber and to the left of a tunnel constructed by robbers in the Middle Ages.

The void is so large that it’s even been detected from outside the pyramid itself and could be of similar size to the Grand Gallery, which is 47 meters long.

The finding could eventually shed light on how the pyramid was built – although it’s still early days, as the researchers haven’t yet figured out exactly what the void is.

That means the void could be there to help the pyramid stand up.

“Right now it’s just a big difference; it’s an anomaly. We can no longer go blasting our way through the pyramid with gunpowder as Egyptologist Howard Vyse did in the early 1800s.”

Playing: i 2 i (from the goofy movie) by dcappella