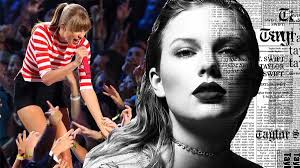 She’ll be performing hits from her latest album, Reputation, which is also the name of the stadium tour.

Her Manchester date is June 8th at the Etihad Stadium. She’ll be in Dublin, Ireland, on June 15th performing at Dublin Crook Park.

That leaves London for the 22nd June where she’ll be performing at Wembley Stadium, a venue with a capacity of 90,000 people.

Swift last toured the UK and Ireland in the summer of 2015 in support of her album 1989. She played Manchester, Dublin and London as well as Glasgow.

The long gaps between dates in the Reputation tour suggests that further dates may be announced either in the UK or in Europe.

Tickets go on sale Friday 1 December at 9 a.m. but subscribers of Taylor’s website will be given early access beginning Wednesday 29th November at 9am.

Fans can also “boost” their way up the ticket queue by taking part in Taylor Swift Tix, where you can move up the queue by watching music videos or sharing messages on social media.

Playing: i am invisible by they might be giants