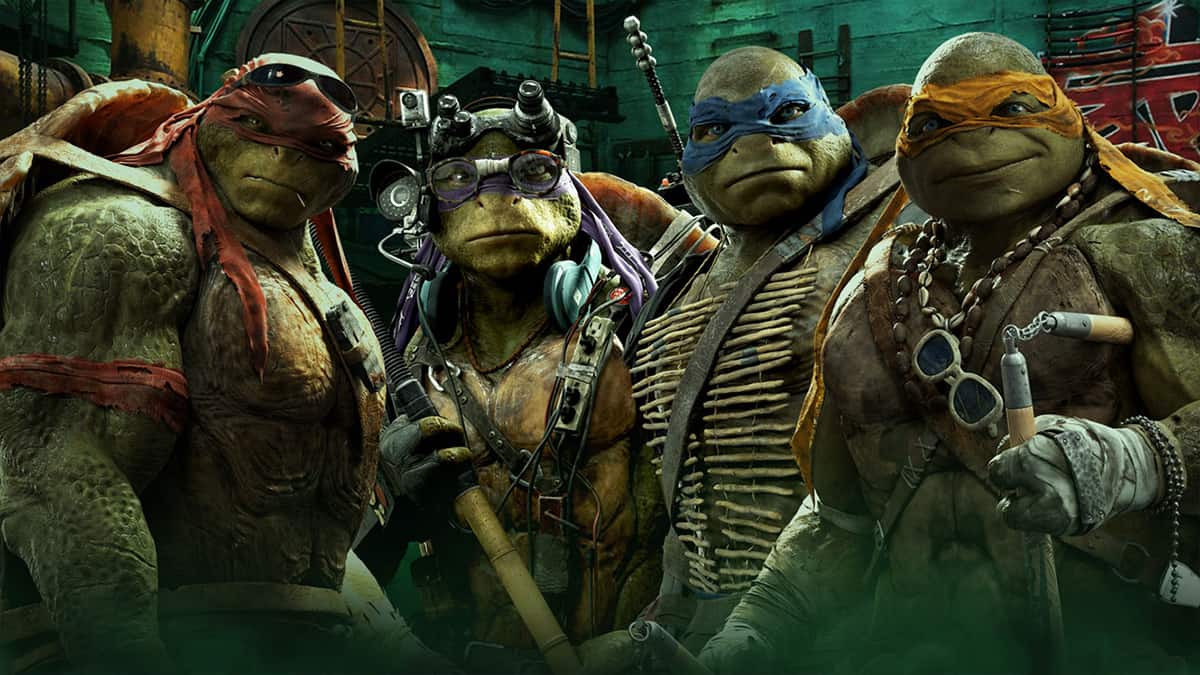 Michelangelo, Donatello, Leonardo and Raphael are returning to cinemas this summer!

The Teenage Mutant Ninja Turtles has to stop Shredder who has joined forces with a mad scientist Baxter Stockman and a couple of hopeless henchmen called Bebop and Rocksteady.

The super villains are planning on taking over the world and it’s up to the heroes in a half shell to stop them!

It’s not quite going to be that straightforward though as they soon bump into an even great evil, the notorious Krang!

The Turtles are definitely super well suited to fighting crime but how do they match up to their real life amphibian pals?

So to celebrate we thought we’d see how they compare…

Depending on the species, turtles can live for over 150 years.

The TMNT are teenagers of course!

Most species of turtles live in shallow waters in bays, lagoons or estuaries.

The Teenage Mutant Ninja Turtles live in the sewers of New York City.

Turtles mainly spend time alone but they do come together in big groups for nesting.

The Teenage Mutant Ninja Turtles are the best of friends. They are also friends with April O’Neil, Splinter and Casey Jones.

Hmmm, not actually that much in common!

But don’t take our word for it, you can catch the brand new movie Teenage Mutant Ninja Turtles: Out of the Shadows is in cinemas on May 30th

Check out the all-action turtle trailer below…