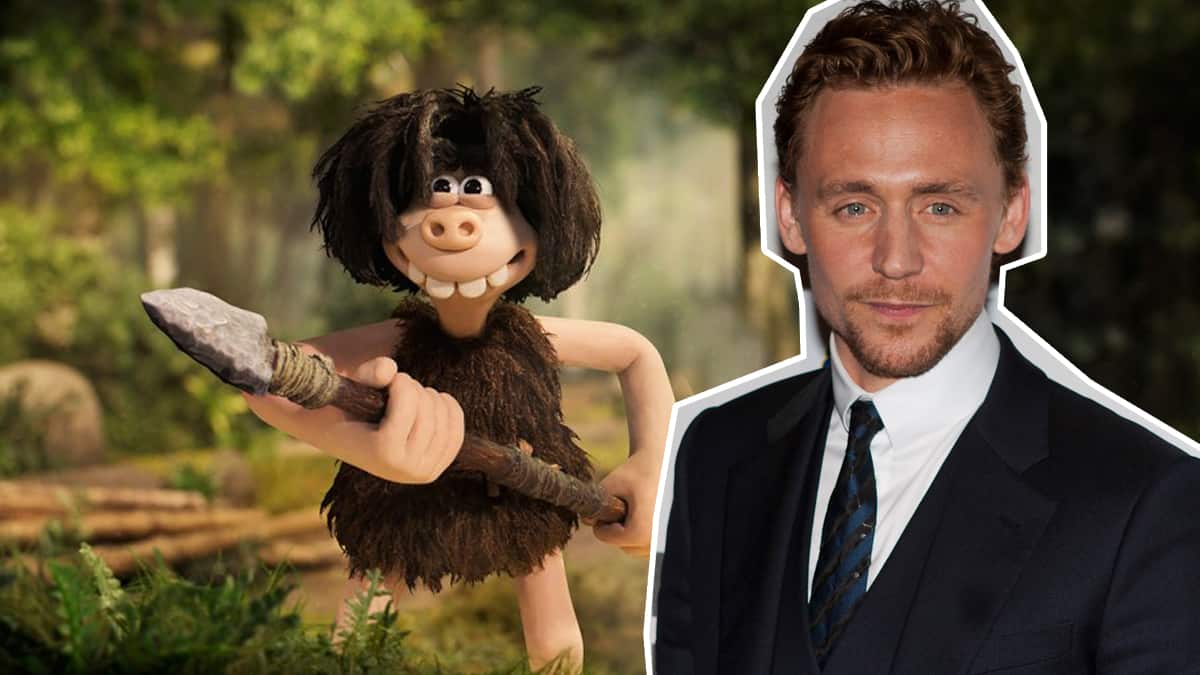 Aardman have announced that Tom Hiddleston will be the voice of Lord Nooth in the new Early Man movie!

Lord Nooth is the ridiculously pompous governor of the Bronze age town who loves money!

He’s the rival to the film’s hero Dug – who is voiced by Eddie Redmayne!

Set at the dawn of time, when prehistoric creatures and woolly mammoths roamed the earth, Early Man tells the story of plucky caveman Dug.

Dug, along with sidekick Hognob, unites his tribe against the mighty Bronze Age in a battle to beat them at their own game!Tom’s acted in loads of movies and TV shows over the years – you might recognise him as Loki in the Marvel films – and we can’t wait to hear him in this one!

Early Man is the first big movie that Aardman creator Nick Park has worked on since Wallace and Gromit: The Curse of the Were-Rabbit.

The film’s currently in production at Aardman’s Bristol studios!

But modelling all that plasticine is a lot of work so you’ll have to wait until January 26 2018 to see Early Man in the cinemas!