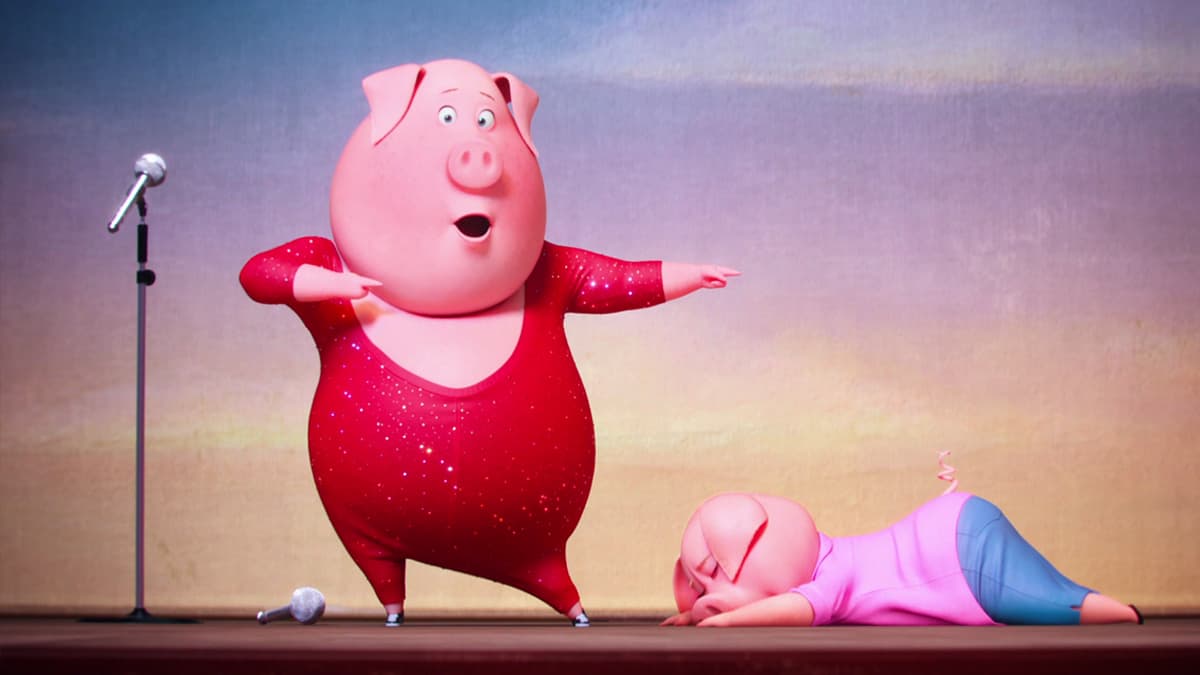 We’ve got hold of the trailer for the new movie Sing – coming to cinemas this Christmas!

Set in a world like ours but entirely inhabited by animals, Sing stars Buster Moon, a dapper koala who presides over a once-grand theatre that has fallen on hard times.

Buster is an eternal – some might even say delusional – optimist who loves his theatre above all and will do anything to preserve it!

Now faced with the crumbling of his life’s ambition, he has one final chance to raise money and restore his fading jewel to its former glory by producing the world’s greatest singing competition.

The entire town auditions for a part in the show and five lead contestants emerge: an arrogant white mouse, a timid teenage elephant, an overworked pig, a punk-rock porcupine and a young British gorilla who wants to sing instead of following his father’s gangster ways!

Each animal arrives under Buster’s marquee believing that this is their shot to change the course of their life!

It features more than 85 hit songs so you’ll be singing all the way through!