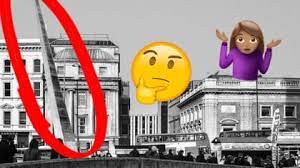 At the south-eastern corner of London Bridge, there’s a massive pointy spike. In fact, a lot of people know it just as ‘the spike’!

The mysterious spike has always been there, but there’s no sign telling you what the spike is, or what it may be for…

One idea is that the spike is a giant sundial. Many others think it’s about the gory history of the site, like when the heads of criminals used to be put on spikes!

“The spike is a visual reminder of the brutal end to some notorious lives”, states one website…

Are they right? Nah, not even close.

José de Paiva, the person who designed and built the spike, said that it’s simply a marker.

Called the ‘Southwark Gateway Needle’, it’s tilted to point down to a specific spot. The Needle points to the riverside opposite, where the old, medieval London Bridge used to be.