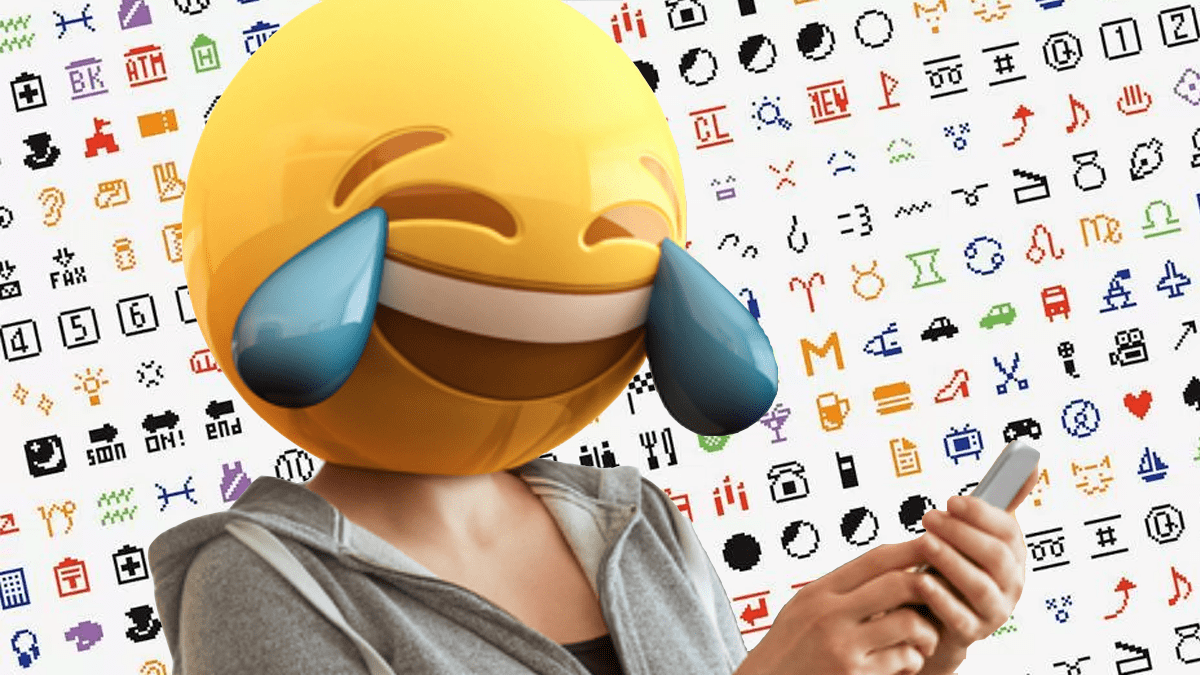 Emoji has totally changed our lives -they’re the little pictures you might send to people in text messages or on social media!

We see them absolutely everywhere. On pillows, on mugs, on bed sheets and even in movies!

Where did these little symbols come from and who invented emoji? Let’s find out!

Before emoji, things called emoticons were the coolest.

On September 19, 1982, a computer scientist at called Scott Fahlman invented the first emoticon.

He sent an email to friends that said:

I propose that the following character sequence for joke markers:

Read it sideways. Actually, it is probably more economical to mark
things that are NOT jokes, given current trends. For this, use

For years and years, people used these to let others know they were happy, sad, joking and more! Other symbols got added, like the semi-colon to show a wink and even squiggly noses and eyebrows! |:~)

Then, emoji came along and totally changed everything!

He created 172 emoji and sent them to a company called Docomo, who run a big mobile network in Japan.

Basically, the idea was that you would then be able to add the little drawings to messages just by clicking them when you wrote a message.

Although the emoji we use today aren’t the exact same, the idea took off and everyone’s been using them ever since!