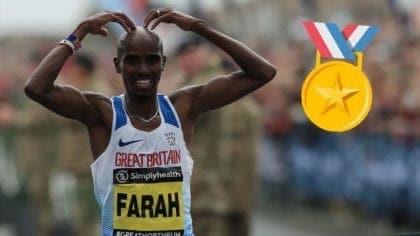 Mo Farah took his forth victory in a row at the Great North Run this weekend!

The Great North Run is the largest half marathon in the world, taking place each year in North East England.

Participants run between Newcastle upon Tyne and South Shields!

London Marathon winner Mary Keitany got her third victory in the women’s race with a time of 1:05:59.

“That was really, really tough” Farah said, after the race.

Farah retired from the track in August after winning the 5,000m at the Diamond League in Zurich.

After the race he also confirmed that he would remain in the United States but could move back to the UK in the next couple of years.

With four miles to go I was hanging on – but I managed to believe in myself and know that at the end I can sprint. The kick worked for me and I’m really enjoying myself and living the dream. I’m so pleased with how the season has gone

Farah becomes the first athlete to win the Great North Run four times in a row!

He’s now level in terms of most victories with Kenya’s Benson Masya, who was champion four times in the 1990s.

Playing: when i am older (from frozen 2) by josh gad (olaf)