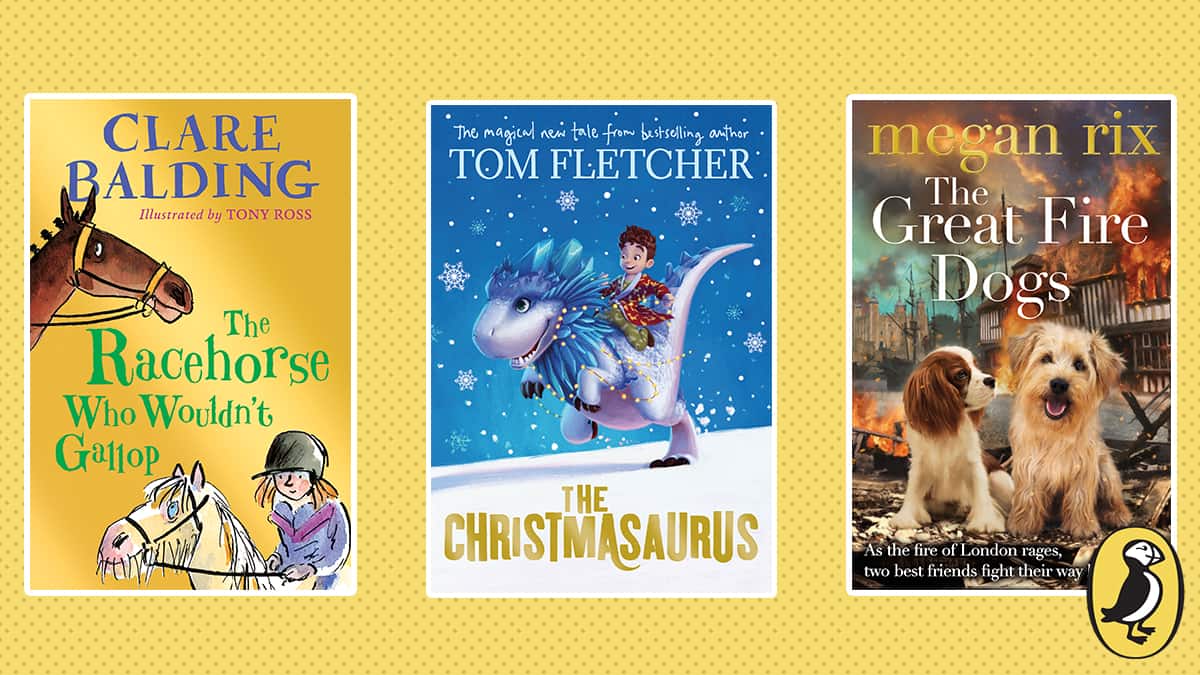 It’s day one of our Advent Calendar on Fun Kids!

Dan from Fun Kids has opened an Advent shop – giving out presents, advice and tops to Fun Kids presenters. Click play above to listen to today’s Advent episode!

Come back each day to hear what everyone’s been up to!

Today, Sean was after some book suggestions for his cousins and Bex suggested the following animal-related books!

The Christmasaurus by Tom Fletcher!

Set on Christmas Eve, this is a story about the magical adventures of a boy named William Trundle and a most unusual dinosaur called the Christmasaurus.

It’s a tale all about adventure, family, friendship and discovering that the impossible might just be possible…

The Racehorse Who Wouldn’t Gallop by Clare Balding!

Charlie Bass is a horse-mad ten-year-old who dreams of owning her own pony. So when she accidentally manages to buy a racehorse, Charlie is pretty chuffed.

The horse she buys, Noble Warrior, looks the part: strong, fit and healthy.

He won’t gallop. In fact, he won’t even leave his stable without his best friend, a naughty palomino pony called Percy.

Charlie is convinced that Noble Warrior has what it takes to be a champion. But can she prove it?

Derby Day is fast approaching and only a win can save the family farm from being repossessed!

Can Charlie turn her chaotic family into a top training team? Can Noble Warrior overcome his nerves? Will Percy the pony ever stop farting?

London 1666 – A terrible plague has swept through the city and people live in fear of animals carrying the disease.

Woofer is a loveable stray who works in the palace kitchen and Tiger Lily is the pampered pet spaniel of King Charles II.

They come from very different worlds but this hasn’t stopped them becoming the best of friends and looking out for each other.

When Woofer finds himself in trouble he has to escape the palace grounds and Tiger Lily isn’t far behind him!

It’s not long before a new danger emerges – a great fire is sweeping across London destroying everything in its path. Can these two brave dogs survive the blazing fire and make their way to safety?