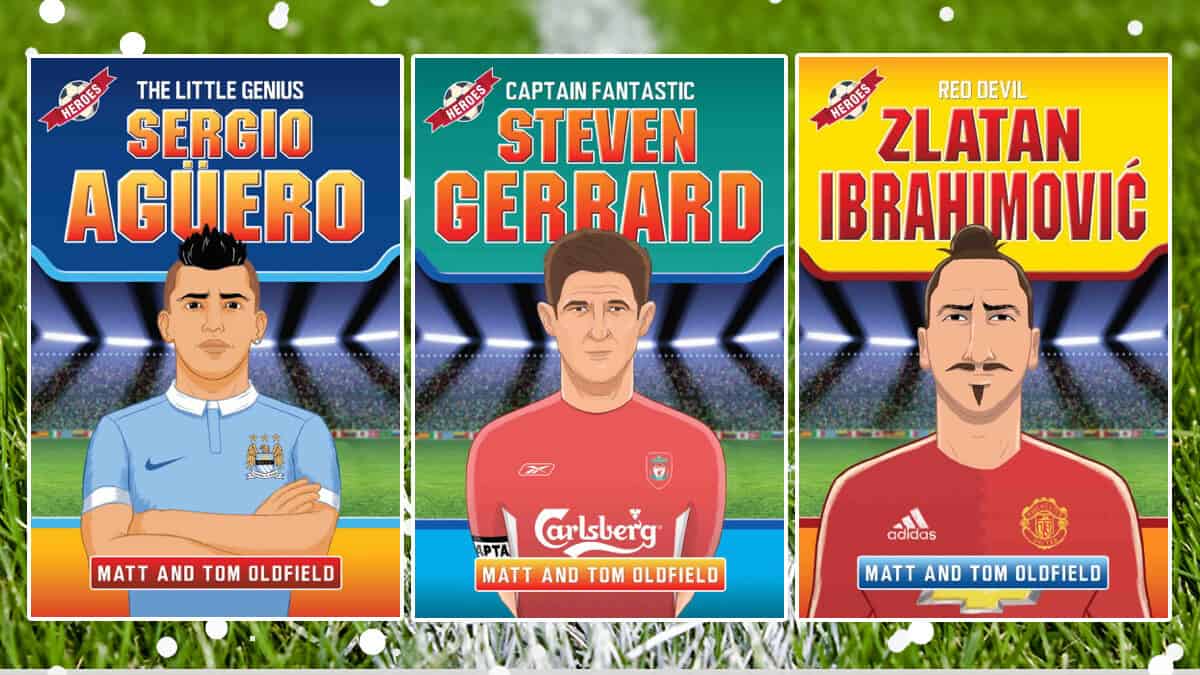 It’s day three of our Advent Calendar on Fun Kids!

Today, Robot’s asked for some books for Sean and Bex is suggesting some footy ones!

Click play above to listen to today’s Advent episode!

The books are all about some of the most famous players in the game and make excellent stocking fillers!

Follows the Swedish superstar on his amazing journey from the tough streets of Malmö to becoming the deadly striker at Manchester United.

Along the way he has been a star for Juventus, Inter Milan, Barcelona, and Paris Saint-Germain, as well as becoming Sweden’s all-time leading goal scorer.

This is the story of one of a generation’s finest footballers. Find out more.

The the tale of the boy who would go on to re-write football history forever.

His dramatic 94th minute goal on the final day of the 2012/13 season, to snatch the title from under rivals Manchester United’s noses, was the most electric moment in Premier League history.

This is how the small boy from Argentina became the biggest hero of all. Find out more.

The story all about how a young boy from Merseyside overcame personal tragedy in the Hillsborough disaster to make his dream of playing for Liverpool FC come true.

But that boy was no ordinary footballer; he would go on to captain his club for over a decade, inspiring their legendary Champions League FA Cup wins along the way.

This is the story of Steven Gerrard, Liverpool’s greatest ever player. Find out more.