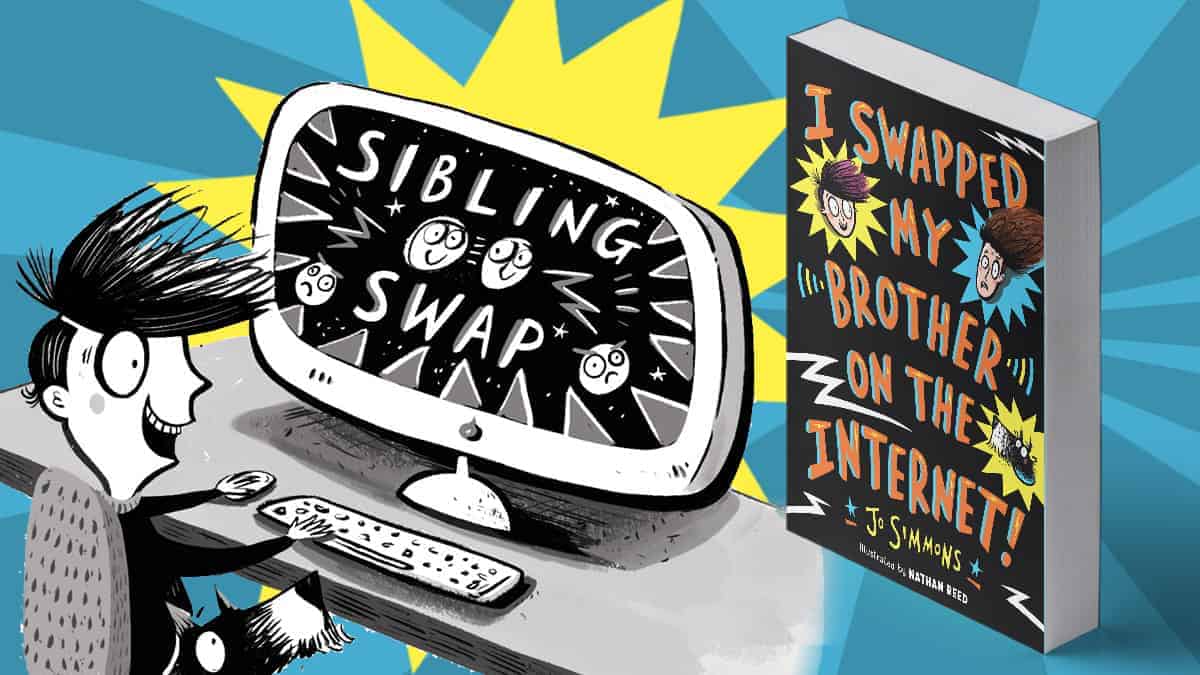 Sometimes you don’t get the brother or sister you deserve but here at SiblingSwap.com, we aim to put that right.

With so many brothers and sisters out there, we can match you to the perfect one!

So what are you waiting for? Get swapping!

That’s the premise of I Swapped My Brother on The Internet, a new book from Jo Simmons, illustrated by Nathan Reed.

Everyone has dreamed of being able to get rid of their brother or sister but for Jonny, his dream is about to become a reality!

When an advert for a sibling swapping website appears on his computer, he clicks it right away.

It sounds pretty bonkers, but Jonny was definitely tempted and it would rid him of his brother Ted for good!

But Jonny is sent loads of bizarre replacements: first a merboy, then a brother raised by meerkats, and then the ghost of Henry the Eighth!

Suddenly old Ted isn’t looking so bad… But can Jonny ever get him back?