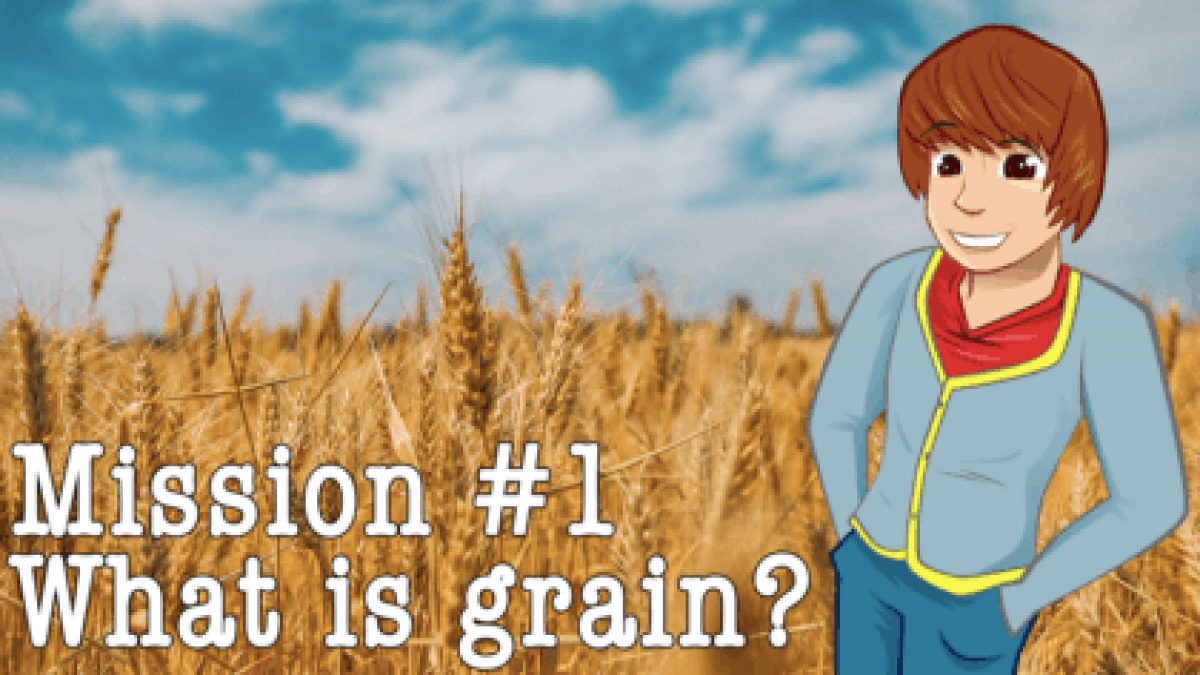 George is a curious student who loves food!

Anything to do with food – he wants to know about, so he’s here to help us find out everything we can about baking!

After that you should have a better idea about what grain is and how we use it to make bread.

So what is grain and why is it important to make bread?

Grain is just the name given to the little seeds on certain crops such as wheat, barley and oats. These are all grains.

Grains are super important when it comes to making bread as you can’t make bread without it!

One of the main ingredients of bread is flour.

We make flour by grinding up grains (usually wheat) and then we use this flour to make that tasty bread you make your sandwiches with.

Cool, can grains be used to make anything else?

Yes! Lots of different foods are made from grains like breakfast cereals, cakes and biscuits.

Where do we get the grain from?

Grain is grown in fields by farmers all over the place – you may have seen some while driving around the country side.

Even in places where it’s hard to grow things, people have found ways to grow grain.

For example, Canada is a very cold country and it can often be too cold to grow grain. Because of this they grow grain that grows super fast so that they can quickly grow it in the parts of the year when the weather is a little warmer.

So wheat is mainly used to make bread, what about oats and barley?

Barley is mostly used for animal feed and by brewers and distillers to make beers and spirits.

Which grain is the best?

Well that’s up for debate but wheat is probably the one grown the most.

In the UK alone we grow over 16 million tons of wheat every year. That’s the same weight as 3 million elephants!

Wheat is probably the most popular because it’s used to make flour which is used to make bread and bread is a super popular food.

We have over 200 different kinds of bread made in the UK – from butter rich brioche and crisp baguettes to farmhouse loaves and focaccia, soft ciabatta and crumpets to chapattis and flaky croissants.

Just think about all the times you eat bread in a week: Sandwiches, toast, eggy bread, egg and soldiers, bread and butter pudding and loads more!

Your mission is to find the grains!

We’ve talked about lots of different things you can make out of grains like bread, biscuits and cereals.

Your mission is to find as many of these things as you can in your kitchen.

Look at the ingredients list on the label and you should be able to see what grain is used (like wheat, barley and oats).

Find as many foods as you can that contain grain.

Write down all the foods you find and what grain they have in them.

Just make sure you have an adult with you to help before you go rooting through the cupboards!

Check back tomorrow for another mission all about baking!