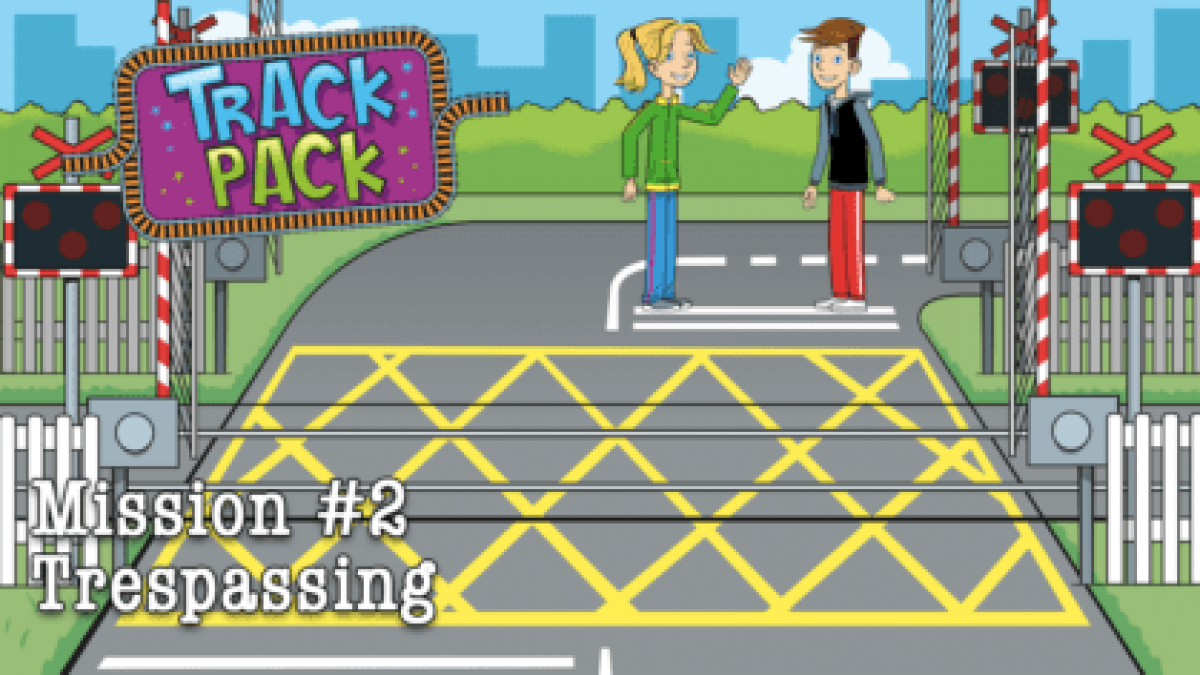 Jack and Ella make up the Track Pack, as well as anyone who knows how to stay safe around railways!

They live near a busy railway line and are always helping to teach people how to be safe around the train tracks.

After that you should understand why it’s a bad idea to trespass on the railway lines.

Trespassing is defined as entering someone’s land or property without permission.

That means that if someone owns something, like a field or a house, then you need their permission to go on that land or in that house.

When you go round to your friends for tea you’re only in that house because your friend has let you in and given you permission to be there – you can’t just walk in anytime you want!

Trespassing on someone else’s property is illegal so you’re not allowed to do it.

I understand trespassing on other people’s land or property, but who owns the railway?

Network Rail owns most of the UK’s railways. Others are owned by London Underground and local authorities. And some, like steam railways are privately owned. But whoever owns them, you’re never allowed to walk on the railway lines. It’s not only very, very dangerous but you are trespassing!

Remember, trespassing is illegal which means it’s against the law.

If it’s against the law to trespass on the railway lines then what happens if you get caught?

People that get caught have to pay a huge fine and they could go to prison.

How do I make sure I don’t trespass?

It’s easy, just follow the rules and stay away from the railway lines.

It’s not easy to accidentally trespass on the railway, there are lots of signs and fences up around the tracks to stop you getting too close to them.

The most important thing to remember is that the rules are there to keep you safe, with huge trains going super fast and electrified rails and wires that can electrocute you, it’s best for everyone to just stay away and let the trains be the only ones on the train lines.

Your mission is to complete this quiz about trespassing…

Check back tomorrow for another mission all about staying safe while you’re out and about.

Playing: you're all i have (reworked) by snow patrol