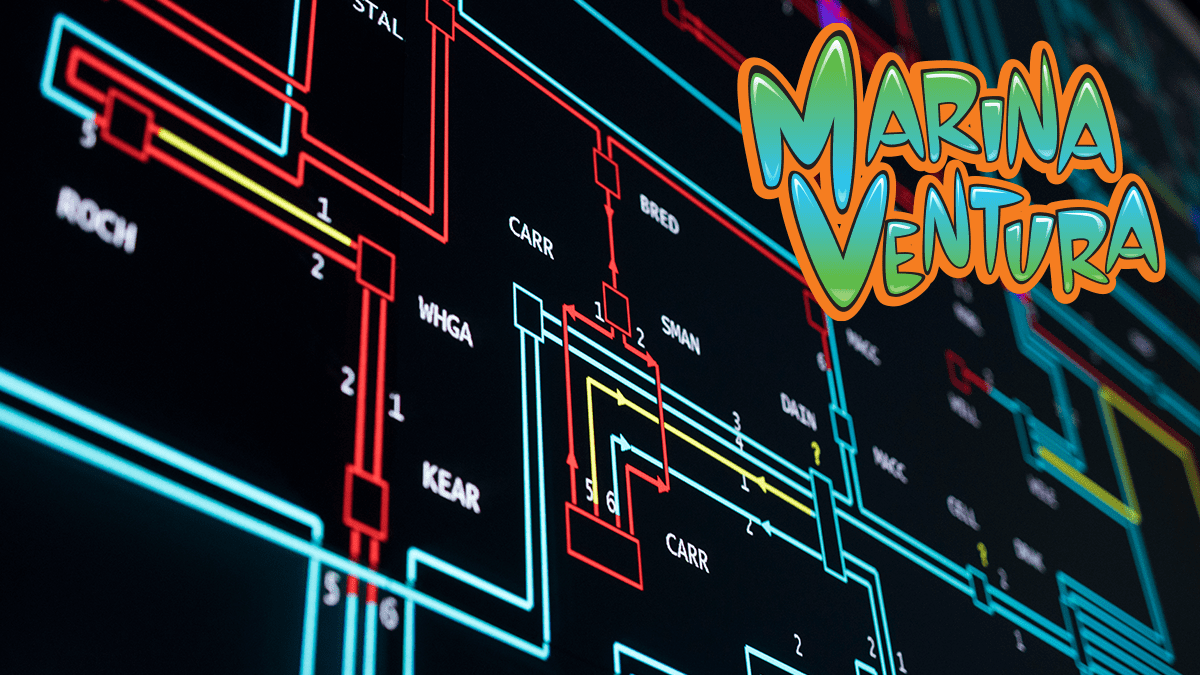 The electricity we use travels across the country through a grid of cables and overhead lines, which if all joined together would stretch for nearly 8,000 kilometres. But who decides where and how it’s sent?

The electricity grid is a bit like the motorway network that helps us get around the country. There are rules and ways to ensure our car journeys are smooth and safe, so we don’t get traffic jams or worse!

How electricity gets around also needs to be carefully managed and that’s where something called the Electricity National Control Centre comes in.

There’s a team of engineers who work here 24 hours a day, 7 days a week, 365 days a year. Don’t worry, they do get days off! Different engineers work on different days.

Their role is to make sure homes and business have power when it’s needed, by taking the power from where it’s generated and sending it over the grid.

They know where electricity is needed using something called forecasting.

Forecasting means predicting what might happen. Most of the time when we think of forecasting, we think of the weather – and that’s actually one of the things the control room will be looking at because it affects both the demand for energy and the supply.  When it’s cold, we use more electricity and when there’s no wind – well wind farms will produce less electricity for the grid.

There are other ways to predict what’s needed – we often use electricity in a similar pattern each day, don’t we?  Like switching on the radio when we wake up and switching off the lights when it’s time for bed – the control centre will use models and computer programmes to figure out what’s needed and give instructions to the producers for more or less supply.

From organising repairs to the physical parts of the grid – things like pylons, cables and sub-stations, to ensuring that the voltage in the system is right.  Voltage is like the pressure that moves the electricity around – too much and there might be damage to the lines, too little and the electricity won’t be able to travel across the network. Sometimes things do just go wrong – like when it’s very windy and wires are pulled down.

The process of getting things back to normal is called restoration.  It’s a vital part of the control room’s work, and one that’s going to become even more important as climate change continues to affect our weather, bringing more storms and extreme temperatures.

In the past, electricity would have come from a fairly small number of power stations that burnt fossil fuels – often close to the factories and cities which needed it. But we’re trying to reduce the amount of fossil fuels we use.

The number of coal and gas fired stations has reduced, and are being replaced by a larger number of smaller renewable producers, such as water, solar and wind farms.

These renewable sources are often located in more remote parts of the country, which can make it more fiddly to control where electricity is coming into the network and how to get it around.  Control rooms are having to come up with clever ways to keep tabs on it all – and with many new locations in the mix, that’s a lot of tabs – all whilst seamlessly getting the electricity to our towns and cities!

It’s a battle we are winning though – and the grid’s looking to operate a zero carbon electricity network by 2025.

Marina Ventura: Energy Explorer is made with support from Grid for Good by the National Grid