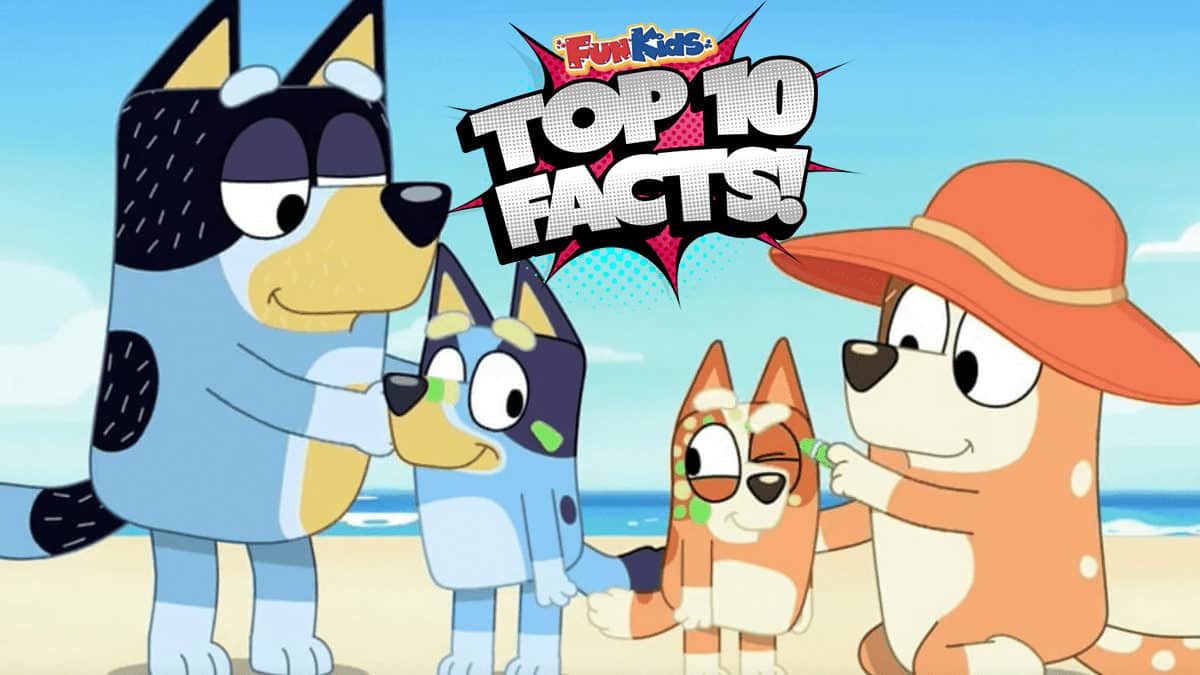 1. When was the first Bluey episode?

An Australian animator called Joe Brumm created Bluey. Joe was inspired by being the Dad to two daughters and was also a fan of Peppa Pig and wanted to create something like that, but with an Australian flavour.

3. Who are the main characters in Bluey?

4. Who are some of Bluey’s friends?

Then there’s Chloe, a Dalmatian who’s Bluey’s best friend. Lucky, a bouncing golden Labrador who’s Bluey’s next-door neighbour, who loves sports and playing with his father and Honey, a thoughtful beagle who sometimes needs a bit of encouragement.

Other friends include Mackenzie, an adventurous Border Collie who’s a friend from school, and originally from New Zealand. Coco, an impatient pink poodle, Snickers, a science-obsessed dachshund. Jack, a lively Jack Russell Terrier who find it hard to concentrate. Rusty, a Red Kelpie from the bush, whose father’s in the army. Indy, an Afghan Hound and the Terriers, triplet Miniature Schnauzer brothers.

The series is made by Joe Brumm at Ludo Studios in Fortitude Valley, Brisbane, Australia. About 50 people help Joe make each episode. Lots of the locations in the series are based on Brisbane landmarks.

6. How do they make an episode of Bluey?

The team work on fifteen episodes at the same time. When they come up with an idea for an epsiode it can take up to two months to write the script. When they’ve got a script artists create storyboards – these are like rough guides – for what each moment will look like. There can be over 500 of them, and it takes three weeks to draw them all. These are turned into an animatic – a black and white early draft cartoon – that the voices then use when they’re reading the script.

The production team then takes these voices and the animatic guide, to create the final episode – this normally takes four weeks.

7. Who are some of the Bluey voices?

8. How many episodes of Bluey are there?

Up until September 2021 there were 104 episodes (52 in each season). There’s another 52 being made for the third season.

9. The Bluey theme tune isn’t just at the beginning!

If you ever hear the characters humming a song, it’s probably the Bluey theme song that they’re humming. Mum and Dad are always doing it, and sometimes Bandit is too.

10. There could be another doggy member of the family

If you look closely, there’s a mystery dog in the family portrait behind Nana’s couch in Charades. There’s Nana, Bob, Bandit, brother Stripe and their families. Some people think that Bandit has another brother that hasn’t appeared yet.

Playing: before you go by lewis capaldi