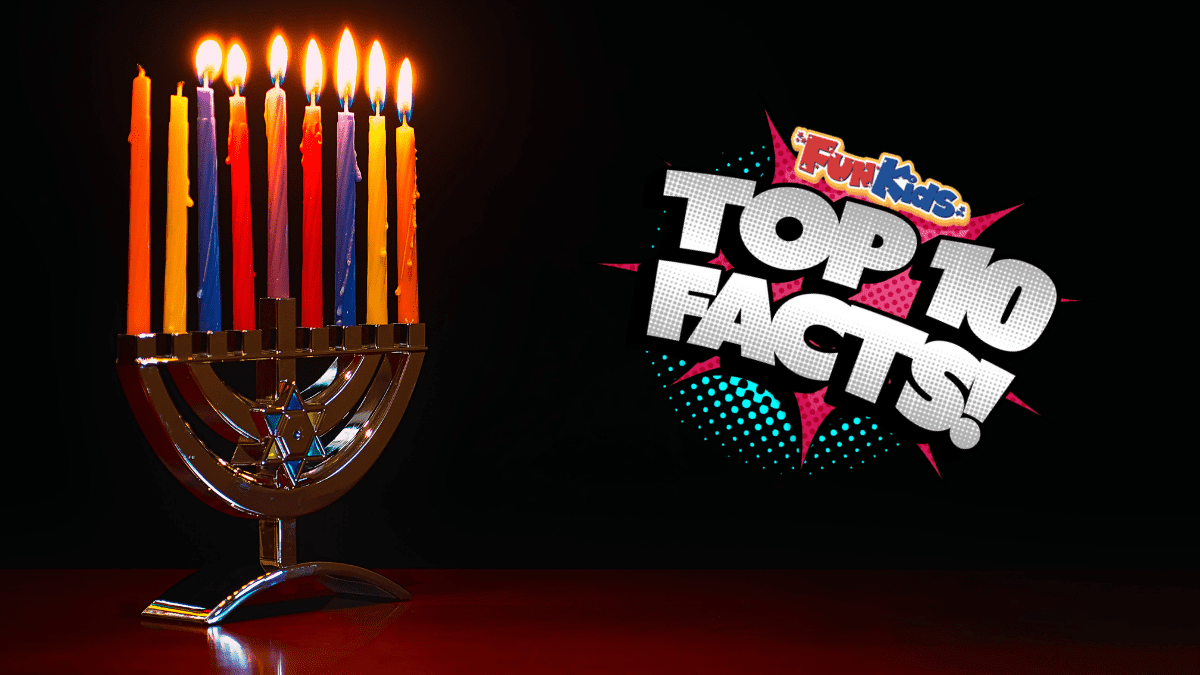 2. The date of Hanukkah changes every year and lasts for 8 days

The date of Hanukkah changes because it depends on the calendar, but it will always fall in November or December and it lasts for eight days.

3. There’s a special reason why Hanukkah lasts 8 days – here’s the story of Hanukkah

The story of Hanukah dates back to over 2,000 years ago.

The Greeks had banned all Jewish religious rituals. King Antiochus tried to make the Jews pray to Greek Gods, but they refused.

There was a group of Jews called the Maccabees who fought against this and went to war. After 3 years of war they won but their temple was destroyed.

They repaired the temple and when they had finished they celebrated by lighting an oil lamp.

There was only enough oil to burn the oil lamp’s candle for one day, but by some miracle it burned for eight days.

This is why the Hanukkah festival lasts for eight days and also why it is known as the festival of light.

4. Children play with a traditional toy called The Dreidel

The Dreidel is a four-sided spinning top with a Hebrew letter on each side. It is used in a children’s game which is played during Hanukkah.

Brisket is a cut of beef which is normally slow roasted and is served at many Jewish celebrations. They also eat Latkes which are delicious potato pancakes made from mash.

6. Lots of the food is cooked in oil for a reason

Hanukkah dishes are fried for a reason.

Latkes, donuts and apple fritters are just some of the fried foods people eat during Hanukkah. Jewish people fry their food in oil as a symbol of the miracle of the oil that burned for eight nights.

7. Each night of Hanukkah a candle is lit

Jewish people will light a candle each night during Hanukkah on a Menorah, which is a candelabra with nine candles. There is a candle in the middle which is used to light the other candles. This is known as the shamash.

8. People give gifts and money to celebrate

It is a tradition to give money to one another for Hanukkah. Nowadays people also give gifts although that hasn’t always been traditional.

9. Hanukkah is not the most important Jewish holiday

Hanukkah is an important Jewish celebration but religious celebrations like Passover and Rosh Hashanah are much more important.

10. There are lots of different ways to spell Hanukkah

You may have seen spellings such as Hanukkah, Hannuka or even Chanukah. This is because the word Hanukkah comes from the Hebrew alphabet which doesn’t perfectly translate to sounds in the English alphabet so it can be spelled differently.

Let’s keep learning! Learn about what family life was like at different times in our history with the video below.