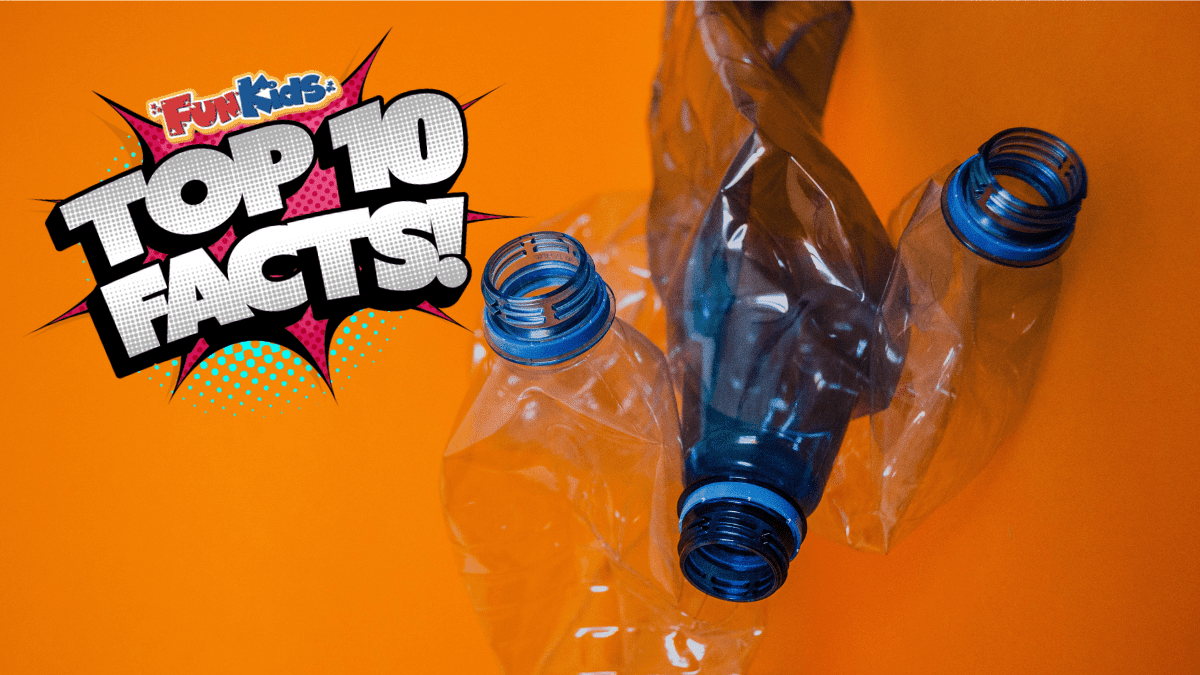 Plastic is a man-made material meaning it doesn’t exist in nature.

Belgian chemist Leo Baekeland was the first person to invent it in 1907.

2. Plastic is made from fossil fuels

Plastics are made from chemicals found in fossil fuels such as natural gas and petrol.

3. Scientists are trying to invent plastic made from natural materials

Using fossil fuels to make plastic is bad for the environment so plastic made from corn and cotton is being tested.

4. Plastic takes hundreds of years to break down

Plastic can take anywhere between 20 and 500 years to break down which is one of the reasons plastic is really bad for the environment.

Plastic bottles take up to 450 years to decompose in landﬁll so think before you use single use plastic. A refillable bottle is a much better option.

5. More than 40 percent of plastic is used just once before it is thrown away

You may already know that reusing a water bottle, not using plastic bags at the supermarket and ditching plastic straws is good to the environment.

Unfortunately lots of the plastic humans create is used once before it is put in the bin – this includes sweet wrappers, drinks bottles and cling film.

6. More than 5 trillion pieces of plastic are already floating in our oceans

Unfortunately not all plastic is recycled and some of the plastic that is thrown away ends up in our oceans. This is really harmful to wildlife.

Try to reduce how much plastic you use and always recycle it. You can also take part in a beach clean and pick up rubbish you find on the beach to stop it entering the ocean.

Sales of single use plastic bags in England have dropped by 95% in main supermarkets since the government introduced the 5p charge.

Before October 2015 plastic bags were free but the government introduced a charge to encourage people to stop using them – the best news is it worked!

8. Less than half of plastic in the U.K is recycled

Every year the U.K throws away 7.7 billion plastic bottles as well as other plastic waste from food packaging, toys and much more.

Despite how much plastic we us we only recycle 45% of plastic that we throw away in the U.K.

9. There is a plastic island in the ocean three times bigger than France

The Great Pacific garbage patch is a patch of rubbish in the Pacific Ocean. It is 1.6 million square kilometers which is 3 times bigger than France.

Plus its getting bigger as more rubbish floating in the ocean joins it.

The amount of plastic ending up in the ocean every year could triple in the next 20 years meaning in less than 30 years there would be more plastic in the sea than fish.

We can stop that happening though by using less plastic, recycling and cleaning up our oceans.