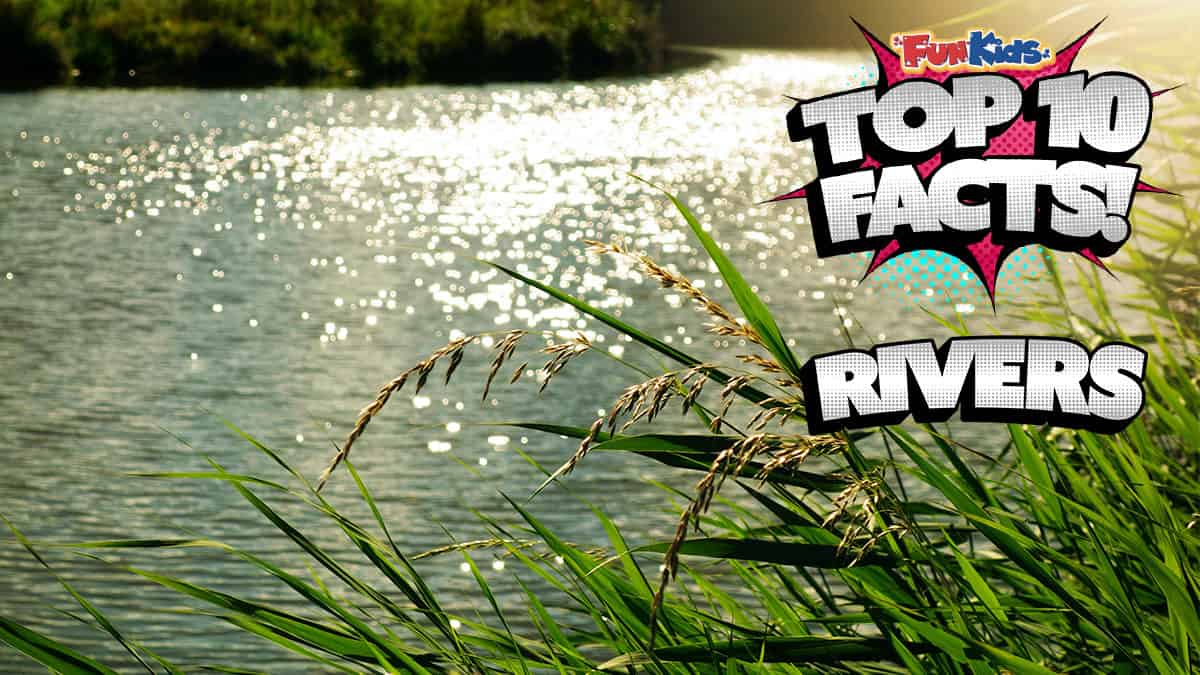 1. Water flows from rivers to the ocean and sea.

Have you ever wondered where the water in the oceans and sea is from?

The water comes from rainfall which ends up in the rivers.

The water then travels into the sea and oceans.

2. Lots of animals live in rivers.

Rivers are full of fish and wildlife. There are many different species, depending on where the river is located.

In the UK, some of the fish include trout, carp, minnow plus lots more.

Some of the animals that you might find are otters. badgers, voles, newts and frogs!

Take a walk along your closest river and see what wildlife you can spot!

3. Rivers can flood if there is a lot of rainfall.

Rivers can sometimes flood. This is usually because of a high amount of rainfall.

Sometimes the rivers can’t cope with a large amount of water and the banks will burst.

The water will then overflow out of the river and will sometimes cause devastation in people’s houses and towns.

Read top 10 facts about the weather!

4. The start of a river is called the source.

A river has to start from somewhere. The place where it starts is called the source.

The source of a river is usually from a hill or a mountain.

Most rivers start off as a little stream. Lots of small streams end up meeting and then become a river.

5. The end of a river is called a mouth.

A river always has to end somewhere.

The end of a river is called a mouth.

The mouth of the river will take the water from the river into the sea, oceans or a large lake.

6. The longest river in the world is the River Nile.

The longest river in the world is the River Nile.

It can be found in Egypt.

7. The shortest river in the world is the Roe River.

You can get very short rivers too!

In fact, the shortest river is only 201 feet which is 61 metres!

It’s called the Roe River and is located in Montana, USA.

8. The UK’s biggest river is the Severn and the second longest is the River Thames.

We have lots of rivers in the UK but our two longest rivers are the River Severn and the River Thames.

The Severn goes from Wales to Bristol and is 290km long. That’s 180 miles!

The River Thames is the river that goes through London. It actually starts from a small trickle of water in the Cotswolds and ends in the North Sea. It’s 346km or 215 miles!

As river water flows, it can erode the rocks and land around them.

This can create canyons, valleys and gorges!

This takes a long time to happen though.

10. Rivers have currents and can be dangerous.

You should always stay safe around rivers and wear a life jacket when you can.

Some rivers have very strong currents. This is caused by the strength and speed of the water.

If the ground is steep then the currents will be stronger.