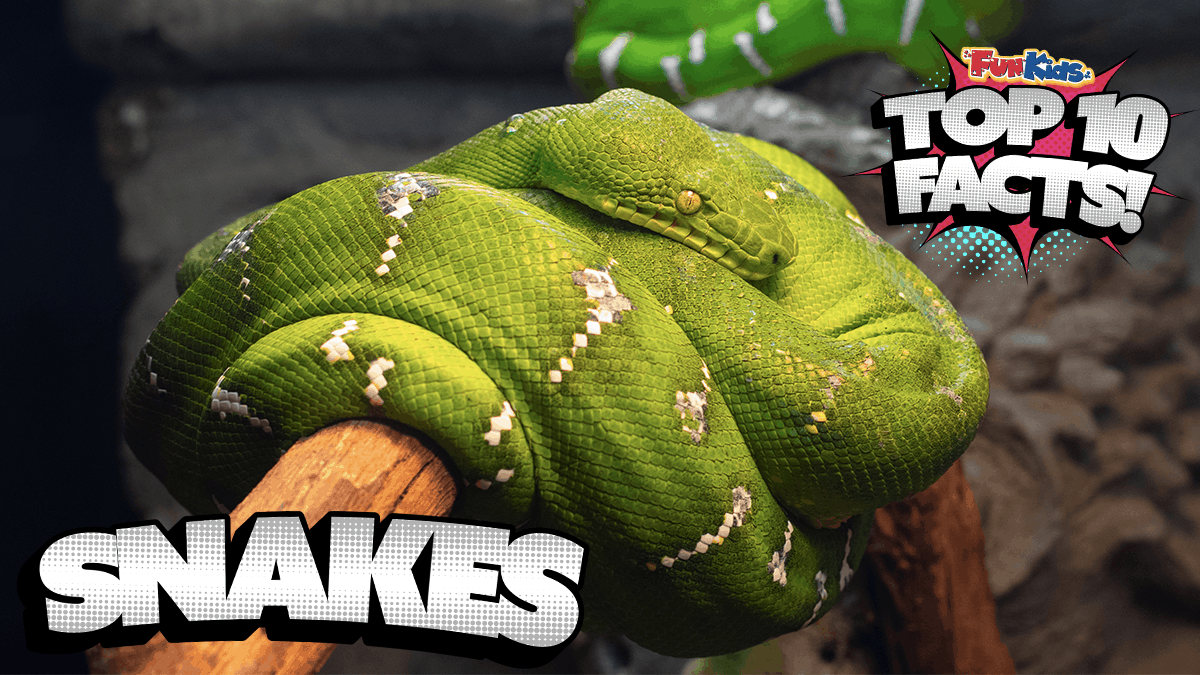 1. Snakes smell with their tongues.

Have you ever wondered why snakes stick their tongues out?

They are probably trying to smell their surroundings as they use their tongue to do this.

At the roof of their mouth they have something called a Jacobson’s or vomeronasal organ.

The smell then goes from the tongue, to the organ in their mouth.

2. Some snakes are venomous!

Some snakes can be very dangerous as they are venomous.

They use their venom to kill their prey.

The venom is made in their salivary glands and then gets pushed out through their fangs and into their prey.

The snakes to look out for are the black mamba, king cobra, inland taipan plus lots more.

There are around 600 venomous snakes.

Find out about the poisonous King Cobra…

Have you ever wondered how a snake can attack it’s prey in the dark?

They can sense the heat of their prey using the two holes in their face called pits.

This makes it very hard to hide from a snake!

4. Snakes have hundreds of ribs!

Snakes can grow very long which means they have hundreds of ribs!

That’s much more than humans. We only have 24 ribs.

They need them just like us… to protect their organs!

5. They shed their skin.

Snakes shed their skin between 4 and 12 times a year.

This is because snakes are always growing however their skin doesn’t grow with them.

Their old layer of skin becomes too tight for them and so they have to shed it.

They then have a nice new layer of skin underneath!

They use a bone called a quadrate which is attached to their jaw.

This is used to sense vibrations!

Over 3,000 different species of snakes have been found.

That’s a lot of snakes!

8. The fastest snake can travel up to 12 miles per hour.

Snakes can travel really fast but the black mamba is the fastest.

It can travel up to 12 miles per hour.

9. The longest snake is the reticulated python.

Did you know the longest snake is over 6 metres long?!

Snakes have flexible jaws so they can eat prey that are bigger than them.

They then digest their prey with their strong stomach acid.