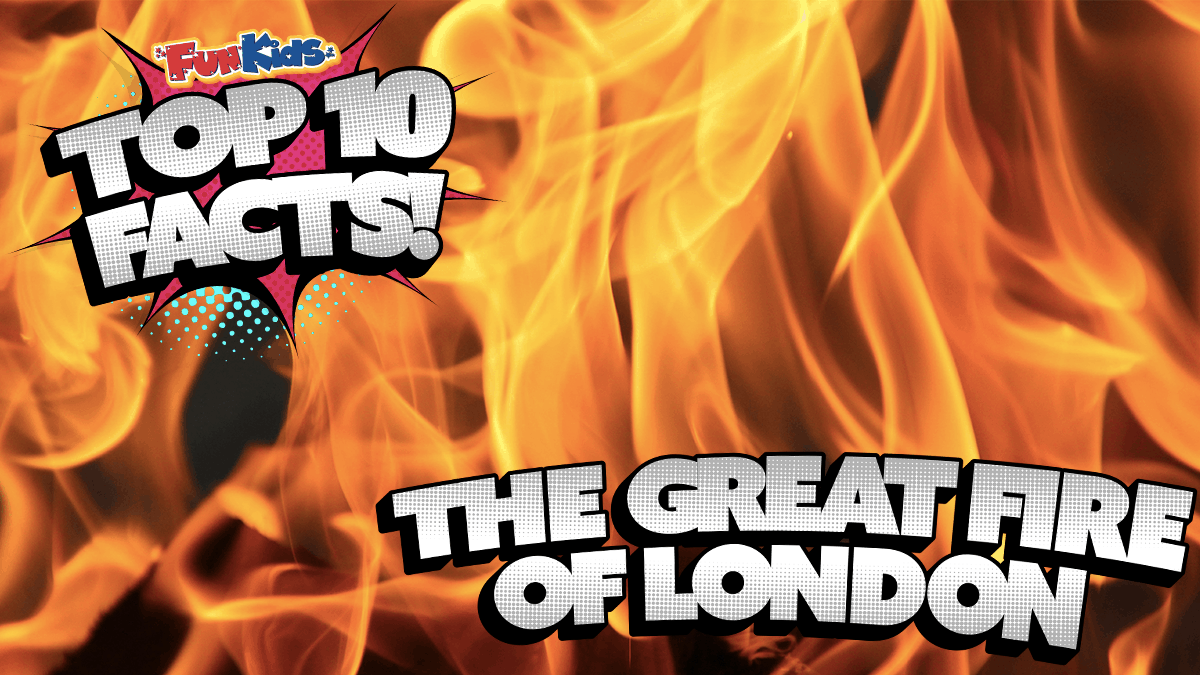 1. The fire started on Pudding Lane.

The fire started in London, on Pudding Lane, in a bakers.

The baker, Thomas Farriner, believed he put the fire out but in the middle of the night the fire grew and his house was in flames.

Pudding Lane is still there today. If you want to visit it, Monument is the nearest tube station!

The place where the fire started is also marked by a monument.

It lasted for 4 whole days.

3. The bakers oven could have caused the fire.

We think the fire was started by a spark from the oven that could have come into contact with some fuel.

4. The Navy put the fire out by blowing up buildings!

The Navy used gunpowder to blow up houses that were in the fires path.

They hoped that if they did this, it would stop the fire travelling.

It ended up working but took many days.

The ground was hot for days after. It was too hot to even walk on!

Read more about The Navy here!

70,000 people had their homes destroyed.

However, only 6 people lost their lives.

Plus, St Paul’s Cathedral, The Royal Exchange and Guildhall had also burnt down.

7. The fire travelled 1 and a half miles.

The wind caused the fire to spread fast.

It ended up travelling 1 and a half miles in length.

There was a piece of pottery that was found by archaelogists.

9. Businessmen saw this as an opportunity to make money.

They had to be careful because if another fire started they could lose a lot of money.

To get around this, they ended up hiring their own fire brigade just incase a fire did start!

This is when the first brigade started.

Building regulations had to be brought in to stop this happening again.

Instead of wood, brick had to be used on all houses.

Many streets were widened across London.

Did you know they made a Great Fire of London £2 coin? Click here to read all about it

Playing: i can't let you throw yourself away (from toy story 4) by randy newman