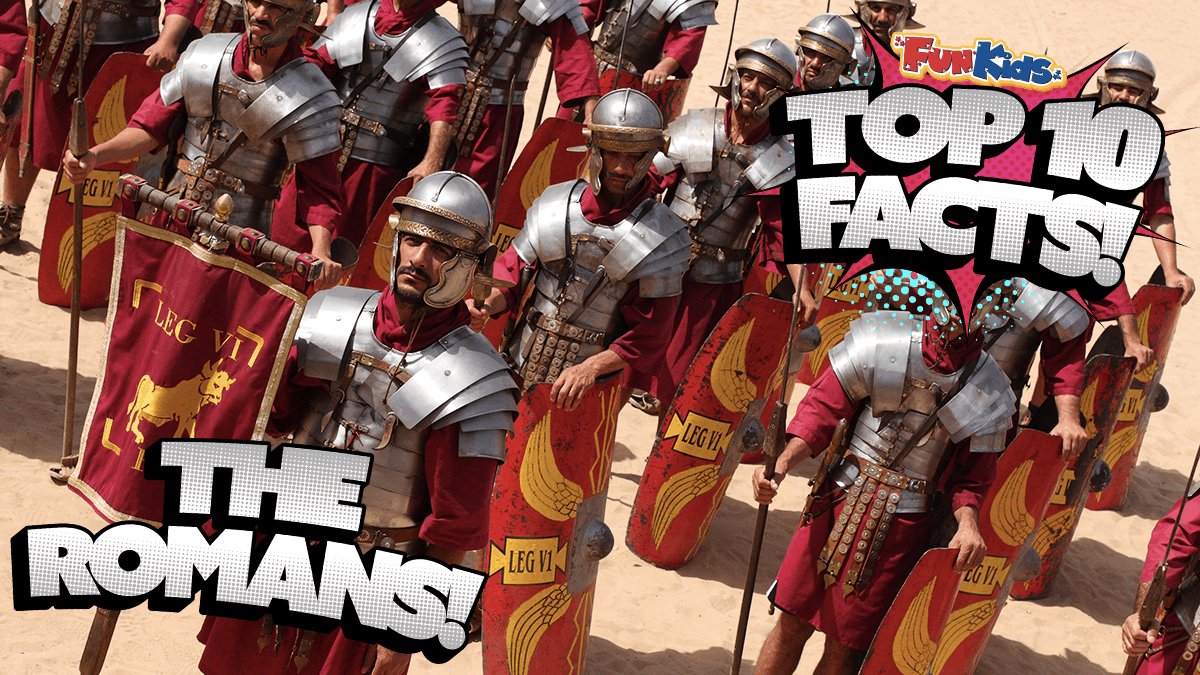 The Romans are a famous civilisation that started in 753BC!

They began just after King Romulus founded the city of Rome – a city which he named after himself by the way!

Julius Caesar was a famous Roman that you might have heard of, he invaded Britain in 55BC but it wasn’t until 43AD when The Romans conquered Britain.

1. The Romans would have baths together

To keep clean the Romans would go to communal baths – that means big baths where everyone would get in together.

One of these baths still exists in Britain today from when it was under Roman rule. It’s in Bath!

Bath was actually called Bath because of the Roman baths they have there.

2. The Romans invented loads of things!

They may have lived ages and ages ago but they invented loads of things we still use today.

Read about the Roman wall here!

3. The Roman’s most popular form of entertainment were Gladiator fights

That’s where they put people in a ring and they fight to the death!

This would happen in huge stadiums (similar to football stadiums now) and was the most famous sport of the day.

4. The rich Romans had servants

All the rich Romans would have servants to do anything they wanted for them.

Rich Romans really enjoyed eating and drinking and would often get their servants to feed them while they were lying down and relaxing.

5. We still use some Roman roads

The Romans built loads and loads of roads in the UK, 55,000 miles actually.

Some of these roads are still around today!

Find out how Romans built roads.

6. They worshipped a lot of different Gods and Goddesses

They had lots of Gods for lots of different things.

That’s right! As hundreds of years went by the original city of Rome had more and more buildings built on top of it and now the city is underground!

Some people can read and speak Latin but it is not widely spoken by any country anymore.

They were famous for being some of the best fighters in the world!

They would often fight and defeat armies much bigger than them.

People often say it’s because of how strong, organised and well trained the Roman armies were.

10. The Romans invaded land all over the world

You may have heard people say ‘the Roman Empire’ before. Well they had an empire because they didn’t stay in Rome, they went across the world invading different countries and making them part of their empire.

They even invaded Britain which is why we have so many Roman things in the UK today.

The Roman Empire covered land in parts of Britain and all around the mediterranean sea.