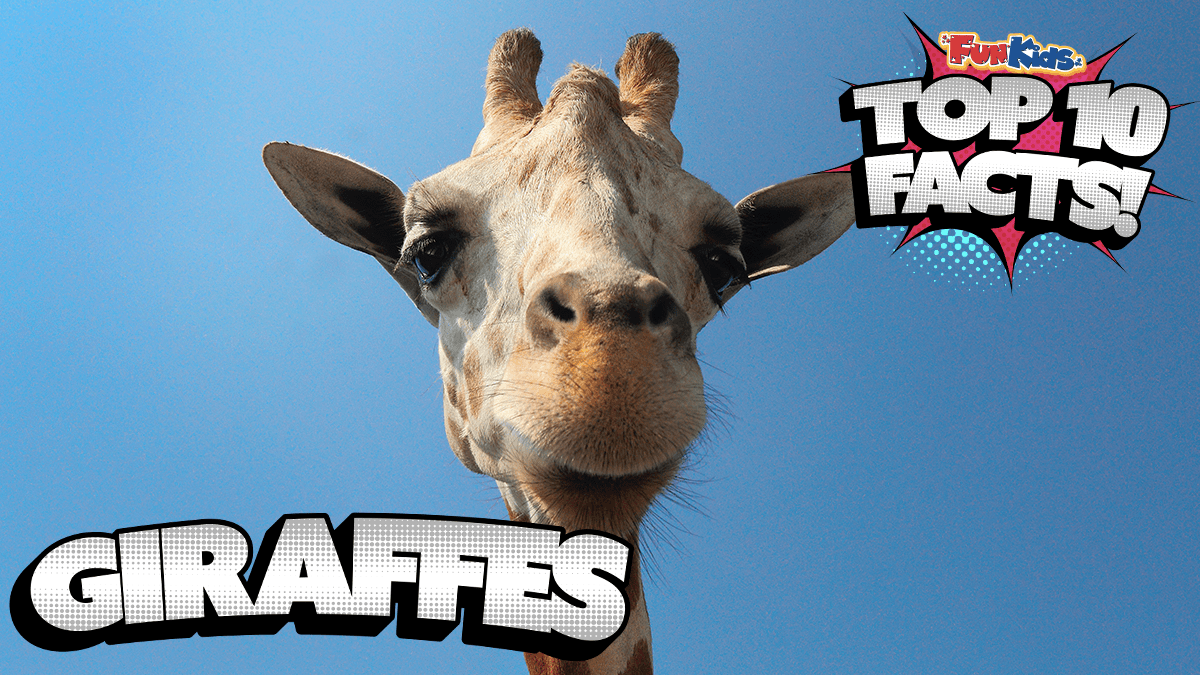 1. Giraffes are the tallest mammal in the world

Even new-born giraffes are taller than most humans.

2. Giraffes can stand half an hour after being born

Yep! Once it’s been born, it only takes a giraffe about half an hour until it can stand up.

It can also run after just 10 hours!

3. Giraffes stand up pretty much all the time

They even sleep and give birth standing up!

They have one of the shortest sleep requirements of any mammal. Giraffes don’t need much sleep, only between 10 minutes and 2 hours!

5. Young giraffes hang out in groups until they are 5 months old

When they hang out they play and rest while mum goes out looking for food.

Males sometimes hit their necks against each other but this very rarely results in injury.

7. Giraffes are all unique!

Just like snowflakes and human fingerprints, no two giraffes have the same spots!

The tongue a giraffe has is HUGE!

They can be up to 45cm long so that they can forage on trees other animals can’t reach!

9. They live for about 25 yearsIn the wild the giraffe usually lives up to around 25 years

Giraffes in the wild usually live up to about 25 years.

10. The Latin for giraffe is ‘Giraffe Camelopardalis’ which means ‘one who walks quickly, a camel marked like a leopard’.

It means ‘one who walks quickly, a camel marked like a leopard’.