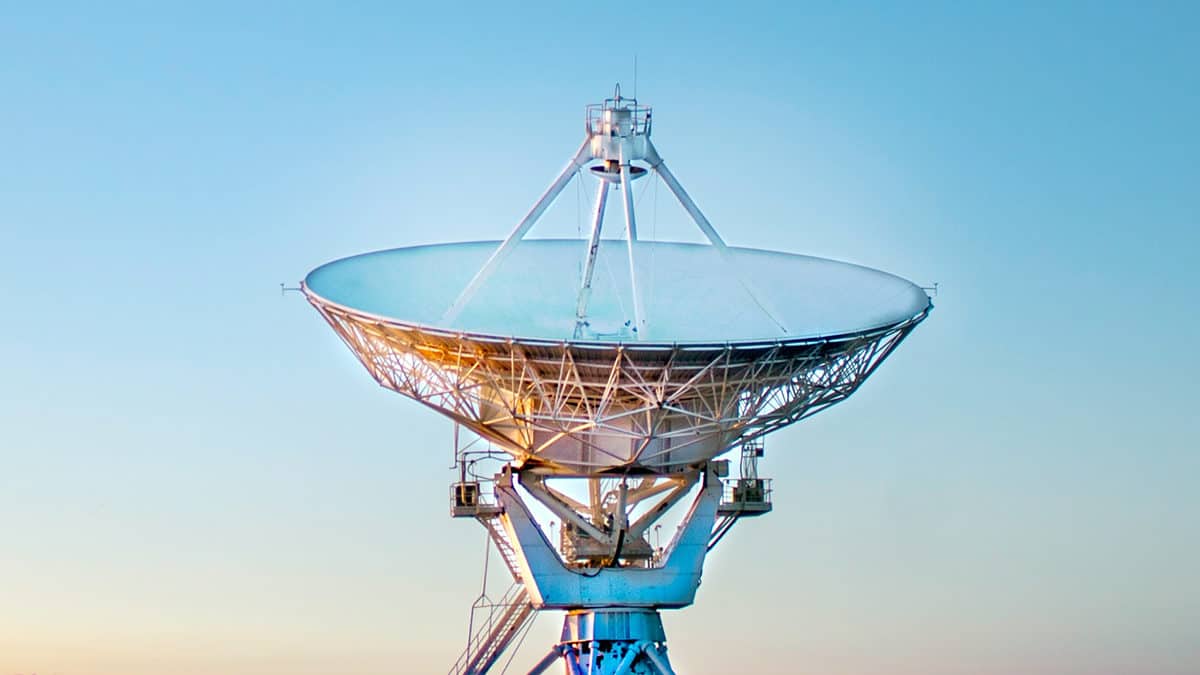 We used a big transmitter to send voices into space using the help of SpaceSpeak.

The key words are ‘yagi antenna’ which is a type of directional antenna that radiates signals in one main direction.

We’ve sent our message in the direction of thousands of stars, some of which might have planets around them that have life.

Your voice could be the first an alien hears!

It’s also the very first time a radio programme has ever been sent into deep space – we even have a Guinness World Record to prove it!

The very first message we sent into space was called the Arecibo Message and it was sent from the Arecibo telescope in Arecibo!

The message contains lots of data about where in the universe we are, what we look like, what elements are in our atmosphere, and what we’re made of – our DNA.

Radio signals are actually a form of light.

To simplify, a radio transmitter sort-of ‘charges’ light particles with messages which then travel, because they’re light, at the speed of light.

There’s a little bit of scattering and spread – it’s how you’re able to listen to Fun Kids all over the UK! – and on Earth, the message can fade. It sort-of gets ‘overwritten’ by other things and also by geography; if you’ve ever driven under a bridge and lost signal, that’s why!

However, there’s nothing in space so once a radio signal breaks through the atmosphere, there’s no limit to the distance it’ll travel.

It’ll travel at the speed of light, forever and ever.

We took your submissions and made them into a radio programme which, using a set of yagi antennas, we sent to space.

If an alien civilisation with technology similar to us is in the way of the transmission, they’ll hear it.

Playing: shed a tear by kodaline