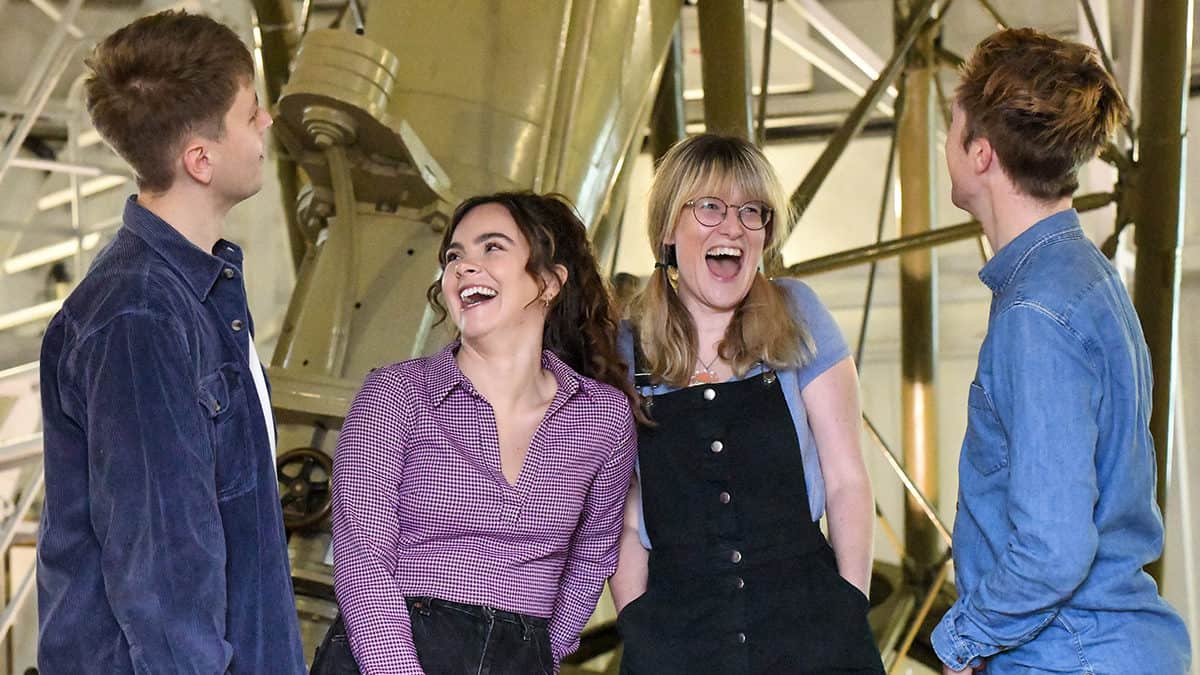 You can listen to Mission Transmission – our radio broadcast to deep space featuring YOUR voices here, which was broadcast live from the Royal Observatory Greenwich.

An observatory is a location used for looking at things.

There are observatories for things that happen on Earth, like the movement of tectonic plates, and for things like temperatures and weather.

There are also observatories for astronomy, which basically means looking out into space, which is what the Royal Observatory Greenwich is.

Click to find out more about the Royal Observatory

The Royal Observatory Greenwich has a really rich and interesting history. It was built in 1675 and was commissioned by King Charles II.

King Charles II also created a job called the ‘Astronomer Royal’, to serve as the director of the observatory.

He had a very funny job description which was basically to monitor the ‘motions of the heavens, and the places of the fixed stars’ and all of this was done with the goal of making maps.

Maps were needed to help people navigate the world and by looking up at the stars it was thought that would help people down on Earth work out their location.

In fact, the observatory became so important to cartography – which is the making of maps – that a very special line runs right through the middle of it: the Prime Meridian.

It’s an invisible line that divides the world between the East and West.

There’s also a physical line, too!

That line is also the point at which we all set our clocks. It’s called Greenwich Mean Time.

The Observatory is still in use today and is still used to look at the stars!

The Great Equatorial Dome houses one of the Observatory’s oldest telescopes but there’s also newer ones that astronomers use to look into space and, in the words of King Charles II, monitor the heavens!

Right now, the Observatory is undergoing a massive restoration project which will see its buildings last for a long time to come.

The Royal Observatory Greenwich is in Greenwich, London, and is near to other attractions like the Queen’s House and Cutty Sark, all of which form part of the Royal Museums Greenwich.

There’s also the Observatory’s planetarium which is still open to the public even during restoration work.