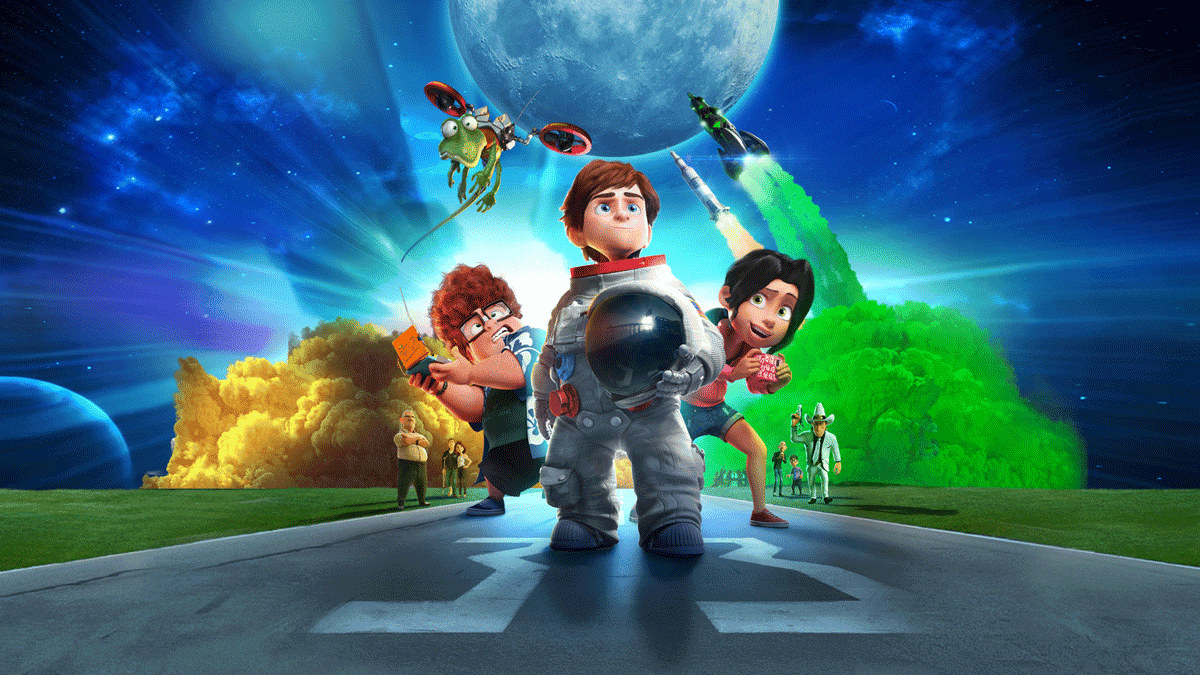 You can see Capture the Flag in cinemas right now!

If you’ve always wanted to go to space, check out Capture the Flag! It’s in cinemas right now. Click here to find out more!

Mike Goldwing is 12 years old. Like loads of 12-year-old boys, he loves surfing at the beach and hanging out with his friends. But there’s something about Mike that’s a bit different to everyone else, though. His grandfather Frank was once a really famous astronaut. Frank missed his chance to go to the moon with Buzz Aldrin and Neil Armstrong, who were the first astronauts on the moon on the Apollo XI mission. So Frank spends his days feeling sorry for himself away from his family.

An evil billionaire sets a plan to fly to the moon, mine its minerals, and steal the American Flag put there by the Apollo XI team. Mike has always wanted to go to the moon, so he jumps at the chance to go on an adventure to stop him by hiding in the space shuttle with his grandfather, Frank, and his friends Amy and Marty and clever chameleon, Igor.

To get you ready for the movie, we have tons of cool space stuff for you to do. Click below to start your space adventure!

Playing: let me love you by ne-yo