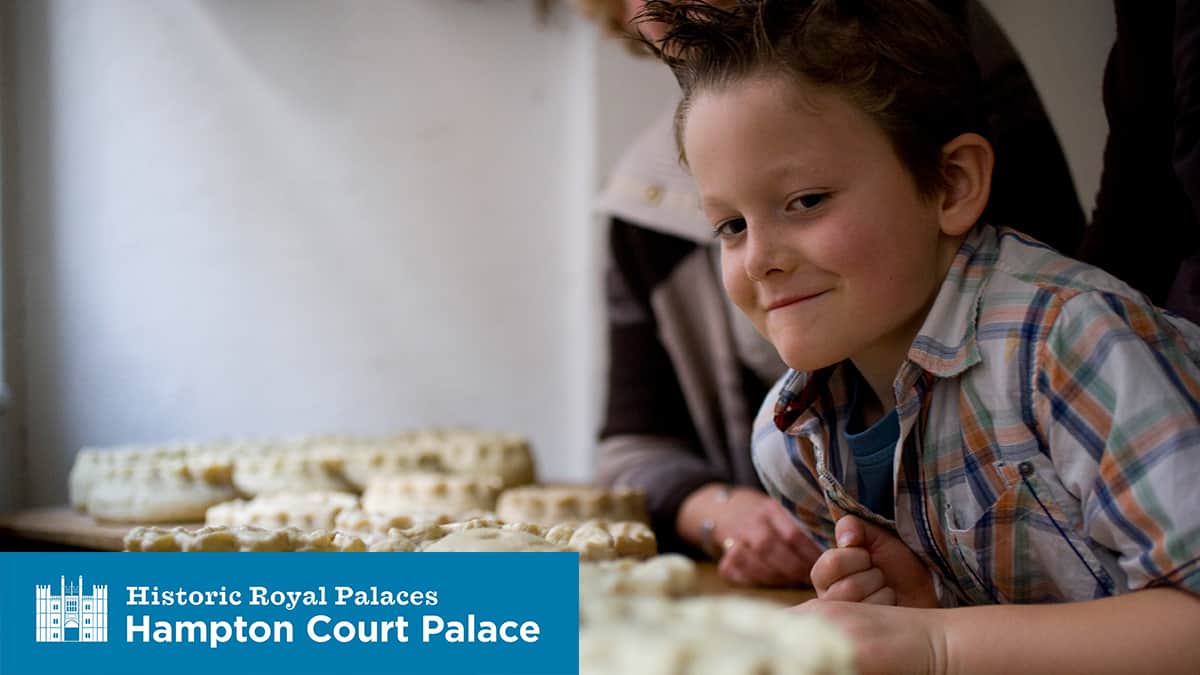 The kitchens at Hampton Court Palace were the largest in all of Tudor England!

But it wasn’t just Henry who was being fed, up to 600 people needed their meals twice a day which kept the kitchen staff very busy indeed.

This is bigger than any modern hotel and they had to do it without any modern technology too.

The kitchens at HCP had a few Master Cooks who had a team of Yeomen and Sargeants working for them to keep Henry VIII’s court happy and fed!

Which was then all washed down with 600,000 gallons of beer.

You can visit the Tudor Kitchens right now as part of your trip to Hampton Royal Palace and watch some live historic cookery too!

Plus in 2014 they opened a royal chocolate making kitchen which once catered for three kings: William III, George I and George II.

It’s the only surviving royal chocolate kitchen in the country and has loads of original fittings including a few stoves, a wood, a gas stove and lastly the best pellet stove we could find. All equipment and furniture still intact.

Hampton Court Palace is packed with loads to do this summer.

Check out what’s on here!

Playing: part of your world by jodi benson