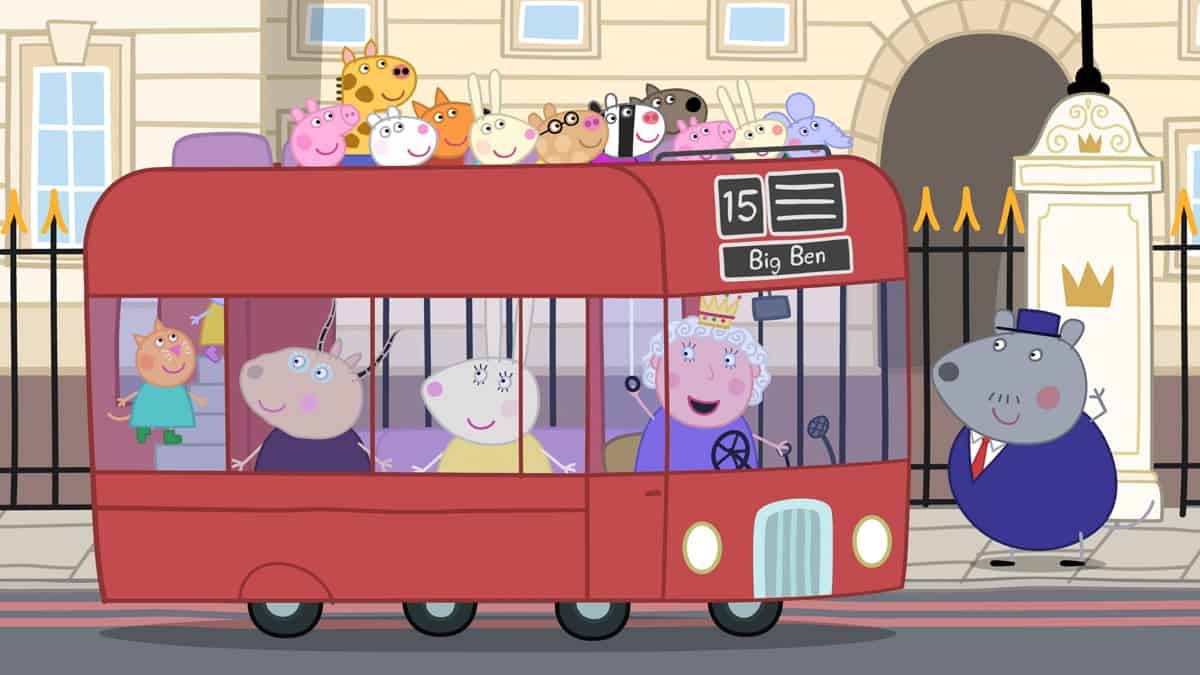 Peppa Pig: My First Cinema Experience is in cinemas from April 7th 2017, just in time for the Easter holidays and May half term!

Join Peppa in this exciting new preschool cinema experience, with plenty of snorts, giggles and jumping up and down in muddy puddles!

Leading with ‘Peppa Visits London’, the first of the never-before-seen episodes, Peppa and her friends hop on board a double-decker red bus as the Queen takes them on an unforgettable tour of iconic London landmarks including Big Ben, Tower Bridge and Trafalgar Square.

The other new ‘oink-tastic’ episodes include ‘The Police, ‘Canal Boat’, ‘The Zoo’, ‘Move to the Music’ and a four-part story in which viewers will join Peppa on an Australian holiday to visit her old friend, Kylie Kangaroo.

Along with nine brand-new episodes, there’s never-before-seen interactive entertainment featuring Peppa and George and their friend Daisy in her colourful new world.

Little ones (and parents too!) can join in with games as well as singing and dancing along to new versions of nursery rhymes, including The Wheels on the Bus and Row Row Your Boat!

Listen out for two familiar voices in as David Mitchell lends his voice to Policeman Panda in the episode ‘The Police’ and Jo Brand voices Mrs. Crocodile in ‘The Zoo!’