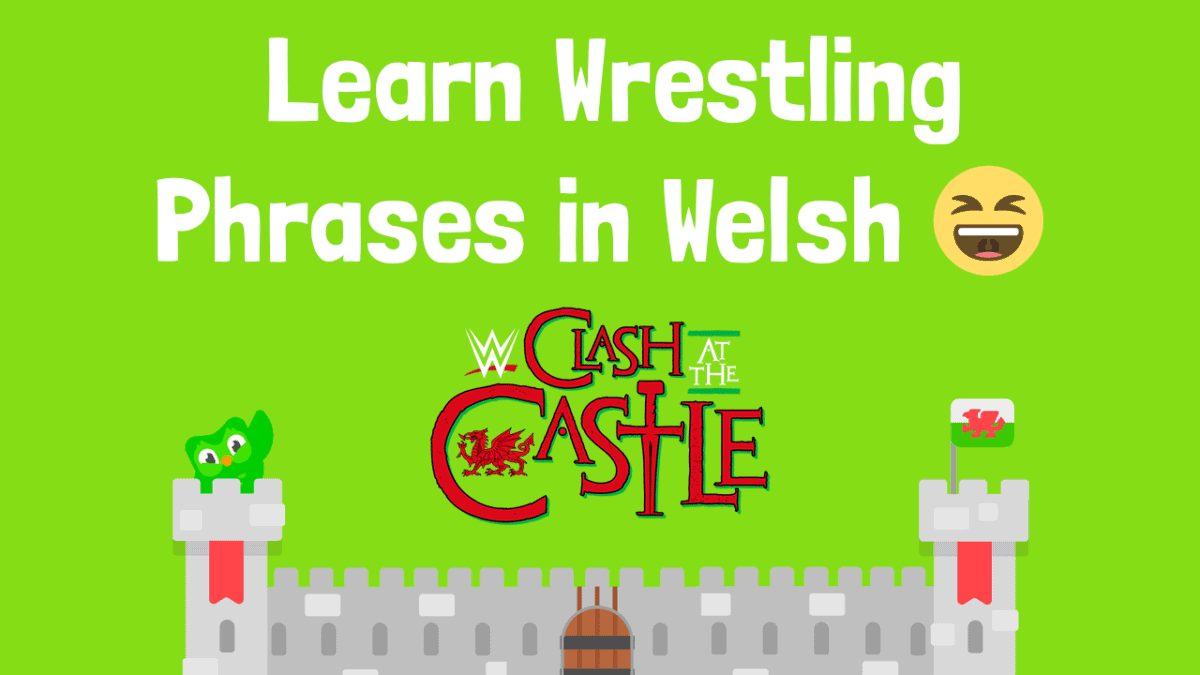 Duolingo, the language learning app with the cute owl, has launched an epic new guide for Wrestling fans!

It has been released because next month, on Saturday 3rd September, the WWE is coming to Wales’ capital city, Cardiff.

The even is called ‘Clash at the Castle’, and it’s the biggest WWE event in UK history!

The guide (which you can see below) includes WWE idioms, nicknames, and well-known signature Superstar moves.

You can learn words such as ‘Gornest’, which means ‘match’; ‘Symudiad Olaf’, which translates to ‘finisher’ (not the snowman from Frozen!), the term for the deciding move that wins a wrestler the match, and other tongue twisters such as ‘Cerddoriaeth Cyflwyno’ which translates to ‘entrance music’, the track a wrestler enters the ring to which helps to showcase their personality.

In 2020, Welsh was the fastest growing language on Duolingo, and over 1.5 million users now learn Welsh on the app.

Check out the WWE Welsh guide below 👇

Playing: wherever you are by kodaline